This item was originally written by Harry Ronchetti.

Keen to continue his personal development after recently graduating in Web Design & Development, Harry Ronchetti travelled down to London to represent the lab at Generate Conference 2018. Below, he shares seven of the most insightful findings from the conference.

Between 20–21 September 2018 I attended GenerateConf London, which, for those not in the know, is ‘the conference for web designers’. The conference had a lot to offer, from design psychology (Trine Falbe) to the creator of a powerful JavaScript library (Ricardo Cabello, three.js), there really was something for everyone in web design and front-end development.

It’s worth noting that as a recently graduated UX Designer and Front-end developer, my level of knowledge will vary from some readers of this article. If you were at the conference and think I missed anything let me know over on Twitter, @harry_ronchetti.

For those short of time, here's a quick run through of my seven key takeaways from the event. You can find more detail on each point below! 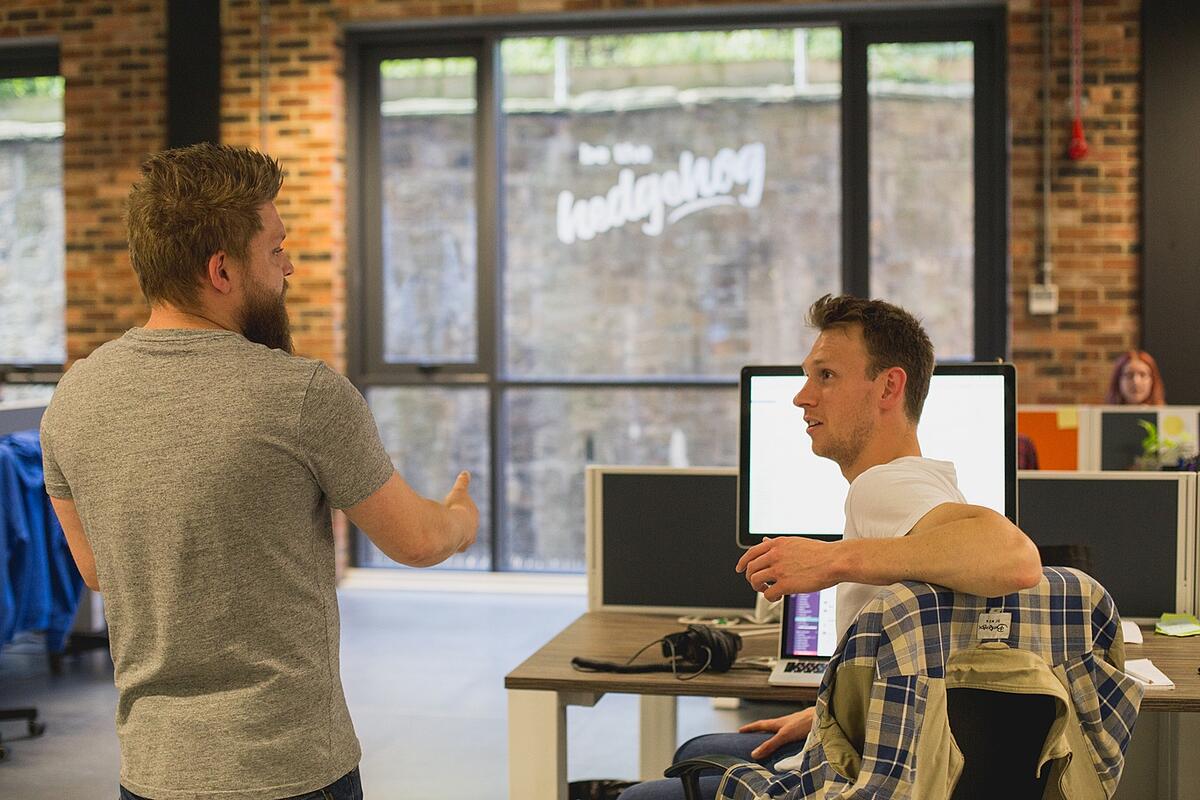 Myself in discussion with the lab's Head of Design, David Miller.

Sara Parmenter opened day 1 with a topic you might not expect to see at a web designer conference: digital marketing. She reminded us that social media platforms are simply websites with immense amounts of live content. A few statistics she shared:

Overall, ‘Consumers are 92% more likely to trust recommendations over advertising when it comes to purchasing decisions’, so Sara encouraged us to engage with users and build trust.

2. Storytelling is how you get a relationship.

A relationship with your users of course! I hope no one scrolled in search of a new partner. On day 2 of the conference, speaker Laura Yarrow explained how storytelling causes ‘neural coupling’, a process that aligns the brains of both storytellers and listeners for improved comprehension. Metaphors and analogies help synchronize teller and listener brains by coupling details with things they already know (for example, if someone said ‘he had leathery hands’ you’d instantly think about what leather feels like and know exactly what the teller means).

Laura outlined the benefits of storytelling in user research and Sara Parmenter (point 1) touched on why it’s great for social media. I can see the benefits in any form of content design - better comprehension is never a bad thing! 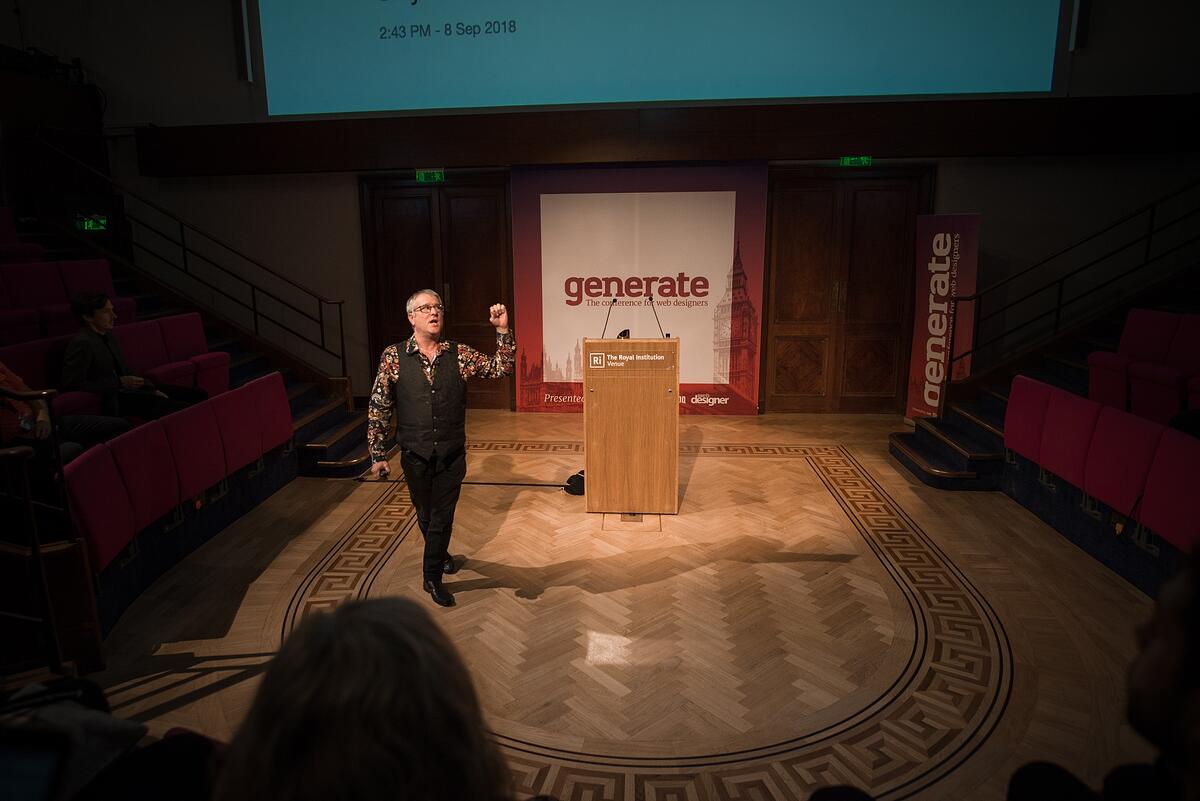 Bruce Lawson: 'Shokunin of the web'

3. You've got 3x more style than you thought.

Towards the end of day 1, Cassidy Williams inspired the audience with a live coding session on how to make CSS art using mostly ::before and ::after selectors. I’ve used pseudo selectors many times before but until the session I’d never seen how valuable they can be when minimising mark-up. Every element has a ::before and ::after; which, means you can do 3 times the style with the same HTML. For example, the site a.singlediv.com demonstrates how much can be created from just one HTML div element!

Earlier in the day Steven Roberts also demonstrated how intricate CSS animations can be and shared a solid principle that animations should ‘inform and delight’, not just create a busy screen.

4. PWAs are the future, but they need to be on FIRE.

I’m not sure about you, but I’m very excited about PWAs (Progressive Web Apps). The thought that websites can have offline capabilities and deliver experiences similar to native apps is awesome. On day 2, Google’s Conor McGann spoke about how companies like ASDA, Debenhams and BMW have produced outstanding PWAs with AMP (Accelerated Mobile Pages). 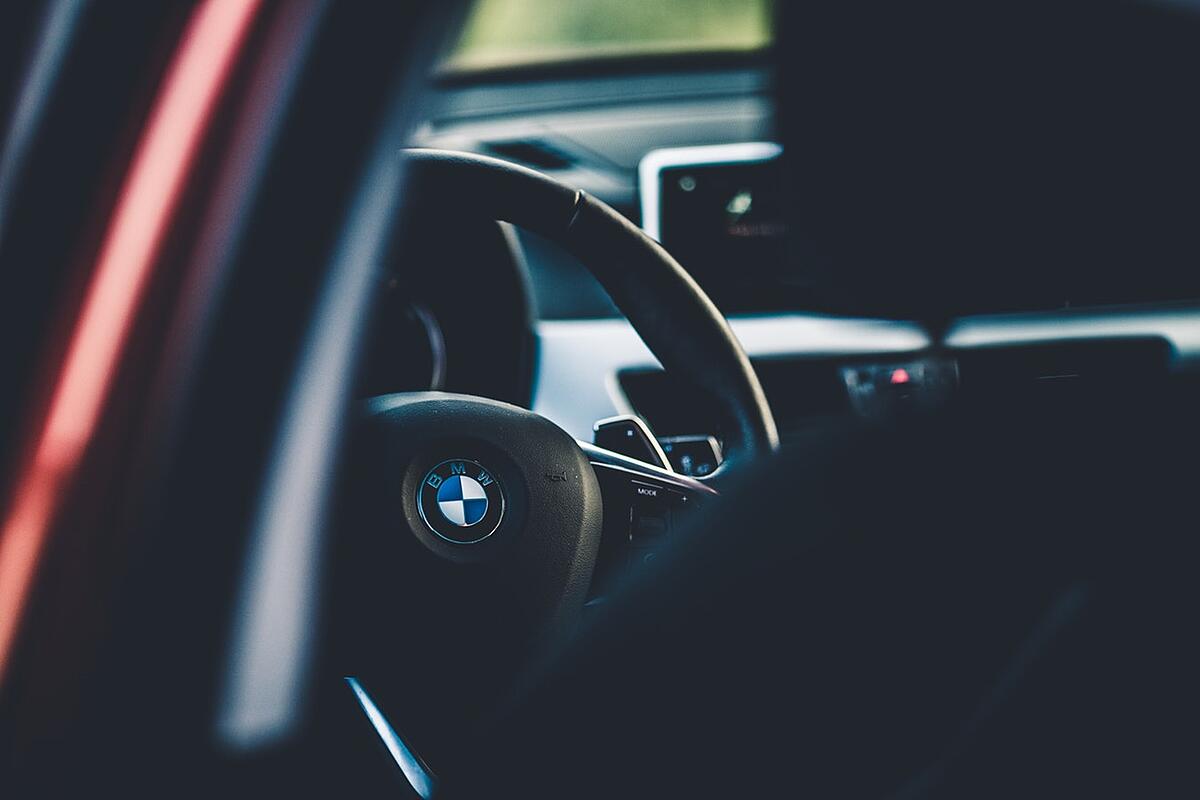 BMW's PWA is just as impressive as their cars. Image by Taneli Lahtinen on Unsplash.

After a bit of research, I’m not sure about AMP. I feel it gives developers a get out of jail free card from low performing websites. However, your page is served by Google CDN which you could never compete with on speed. Having said this, I love an acronym Conor mentioned. PWAs should be:

All of this may seem obvious, but it’s clear native apps out-compete PWAs because there is such a disparity in waiting time. It’s the ‘engaging’ part of the acronym we need to work on: if we can match the smooth experience native apps offer, users may think twice before wasting more storage space with a native app that does the same job as a good PWA.

5. Users pay for your website, but you'll never see the profits.

Bruce Lawson opened day 2 with a talk on web standards and explained how your JavaScript-heavy site costs users more data, which in turn costs them money. For users with mobile contracts this isn’t as much of an issue, but for pay as you go customers (most developing continents), every KB counts.

If that’s not enough, Bruce also explained that as of August 2018 Chrome for Android now disables JavaScript on connections slower than 2G. Put simply, don’t use JavaScript to do the job of HTML or users may see an empty page.

Previously, XR (meaning virtual reality, augmented reality or any other within the immersive reality sphere) were experiences exclusively native or limited to custom devices. However, since the introduction of WebVR (+ three.js and WebGL), there have been many fascinating creations.

Speakers Marpi Marcinowski and Ricardo Cabello both demoed some of their own to an engaged audience. Examples of Marpi and Ricardo's work are available on their personal websites - do check them out as I’m sure you’ll be as blown away as I was. In addition to the work of Marpi and Ricardo, Alexandra Etienne also told us there is a dedicated AR JavaScript library on the way, named AR.js. 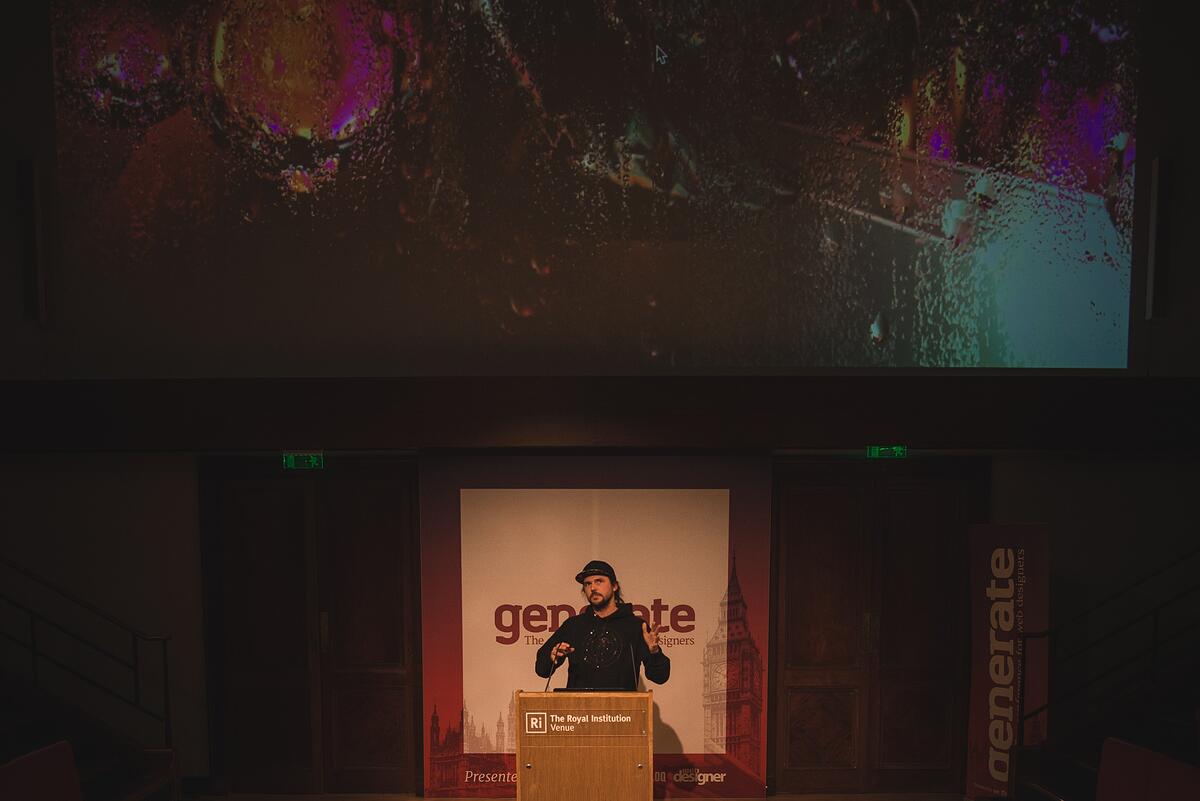 Marpi Marcinowski presenting to the audience.

Overall, new developments in this space are extremely exciting, but they’re still far from competing with devices like the Oculus Rift. Nevertheless, the future looks promising!

7. Design systems are just as important as products.

As a Senior Design Specialist at InVision, Andrew Godfrey (another day 2 speaker) works alongside some of the top design teams in the world to understand how they operate and why. While his talk focused on why many design systems fail, Andrew shared a number of useful tips on how they can be improved.

In his conclusion, Andrew drilled home the message: ‘It’s not a project, it’s a PRODUCT!’ and recommended doing code audits to check which components are being used the most and why. Andrew also noted that ‘culture surrounds a design system, so review it and get feedback’.

Overall, I thought the conference was amazing. For a young professional like myself, meeting speakers and other attendees with such enthusiasm was extremely motivating.

There were so many brilliant talks over the 2 days, so it was hard to squeeze them into one blog article! Another highlight for me was Sara Soueidan demonstrating an insane knowledge of CSS3 by discussing ways of achieving min/max font sizes, user-queries, CSS masks and CSS variables (not SASS!). For more information check out her site.

Because of the depth speakers went into new developments and the range of subject areas covered, I’d highly recommend the conference to anyone in web design or development. Thank you for reading, I hope you enjoyed it!

Did you attend London's Generate Conference 2018? Share your favourite learnings with myself (@harry_ronchetti) and the team (@hedgehoglab) over on Twitter.