Tech giant CEO Tim Cook struck a chord with his audience as he declared “we need to decide as a nation how much power the government should have over our data and our privacy,” at the Apple Event on the 21st March 2016. He added: “This is an issue that impacts all of us and we will not shrink from that responsibility.”

The privacy issue certainly dominated the event and the entire tech world, leading other announcements to be downplayed as routine and expected. While Apple's stance against the US government’s recommendation to help the FBI unlock the iPhone of a crime suspect is a bit sub-judicial, we thought it better to throw some light on the game changer announcements by Apple.

Reuse and Recycling by Liam

Apple has unveiled a revolutionary robotic system called Liam, which can take apart iPhone components and recover valuable materials that can be recycled. It can dissemble one iPhone 6 every 11 seconds, to recover aluminium, copper, tin, tungsten, cobalt, gold and silver parts.

Through the Apple Renew programme, the company will offer its customers store credit for recycling certain devices, and will recycle old products for free.

ResearchKit is an open source framework introduced by Apple, which allows researchers and developers to create powerful apps for medical research. Since ResearchKit works seamlessly with HealthKit, researchers can access even more relevant data for their studies — like daily step counts, calorie use, and heart rate.

With ResearchKit, researchers can easily create apps that take advantage of iPhone features, to gather new types of data on a scale never available before. As the scope to gather real-time data is huge, this is likely to lead to more accurate, reflective results that will improve medical research and in turn treatment.

Apple’s contribution towards the medical field comes in the form of a CareKit, a framework designed to build apps that empower people to take an active role in their medical care.

Medicine advances at an incredible pace - now it’s time to help users keep track of their treatment. Apple’s new CareKit allows developers to build digital tools that help people with diseases keep tabs on their treatment, to see what’s working and what isn’t.

Apple revealed that CareKit, which will work along with the previously released ResearchKit, will be used to initially build apps that study Parkinson’s disease; six medical centres will take advantage of the features offered by the app.

If it works as advertised, not only CareKit has great  potential, but also another data treasure trove for Apple. Meanwhile, Apple is also working with Texas Medical Centre to develop an app that will allow surgery patients to track information about their care. 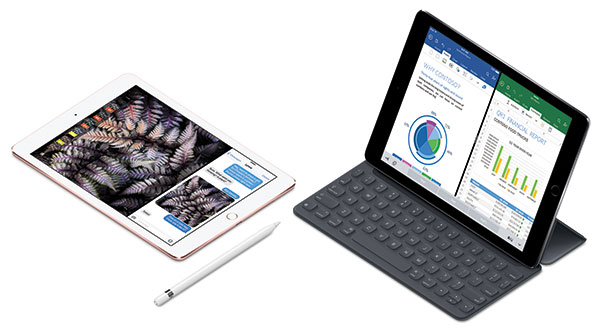 There were plenty of releases to announce at Apple Town Hall, a small theatre inside Apple’s Headquarters in Cupertino. Apple officially released the iPhone SE with a trimmed 4-inch display, iPad Pro with a 9.7-inch True Tone display, new Apple Watch nylon straps, alongside iOS 9.3.

The Apple Watch is now available at a lower price with a host of new colourful woven nylon bands, which were unveiled at the technology giant's mega event on the 21st March. 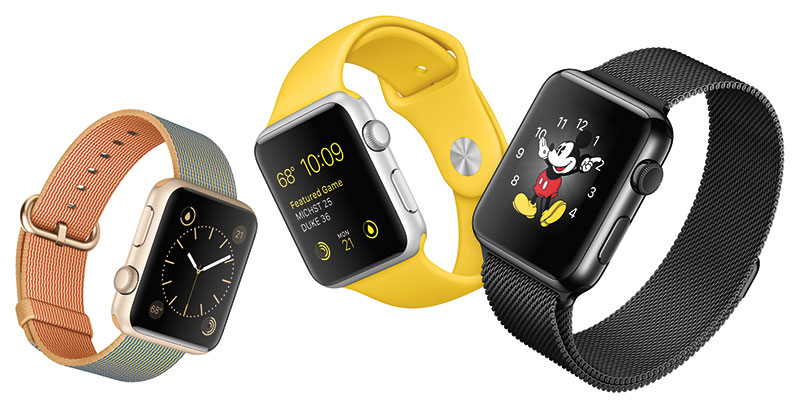 Apple also announced a free update to the Apple TV platform, allowing folders, access to the iCloud Photo Library, and dictation for inputting usernames and passwords.

During the event, Apple also unveiled iOS 9.3, the highlight of which was the new Night Shift. This feature is designed to automatically change display colours based on the iOS device’s clock and geolocation, to determine when it’s sunset.

Apple has also updated its News, Health, Notes and Carplay apps, to make them more customisable and personalised to the user. With iOS 9.3, you can secure those notes with a password or fingerprint. You can also sort notes by date created, date modified or alphabetically.

The News app is better tailored to your particular interests in iOS 9.3, and the Health app allows you to see all your health metrics in one place and easily share your data with third‑party apps.

Meanwhile, the Carplay app offers a selection of songs, artists and albums based on your preferences, and the "Nearby" feature in Maps lets you find petrol, parking, restaurants, coffee and more with a tap.

iOS 9.3 also comes with a suite of new Education features, designed to make it easier for iPads to be shared between students in the classroom. For example, pupils will be able to get access to their apps, books and documents from any iPad, and the device will display the student's picture once they have logged in, to avoid them getting mixed up during the class.

There is also a dedicated "Classroom" app, which allows a teacher to control all the iPads of the students in their class, and even jump to individual students' iPads to monitor their work.

The Apple Event may have been overshadowed by privacy issues, but there were certainly some game-changing announcements. What were your thoughts on Tim Cook’s Keynote? Tweet us your thoughts to join the conversation.