If concerns over crime are on the rise, it should hardly be seen as surprising, with reports of everything from large-scale robberies like the infamous London Hatton gallery heist to the recent spate of terror attacks in Manchester and London leading the global news agenda.

In some circles, technology - particularly encrypted messaging - has been portrayed as a hindrance in the fight against such incidents. But could tech actually assist police in detecting potential crimes, allowing them to intervene before they are committed? Our analysis suggests so, with predictive analytics, pattern identification, Big Data, Artificial Intelligence and selective social media profiling all showing promise in this direction.

Of course, crimes such as the above can be difficult to anticipate. Tools like Predpol, however, can at least help narrow down the areas in which they are more likely to occur. The software collates data on the type, location, date and time of past criminal activity. Through this, it makes predictions on where and when such crimes could happen again. Going forward, we will likely see the emergence of more such tools, which, for the sake of convenience, we might call 'place profiling predictive software'. In towns and cities hosting large-scale events, such innovations could even be used as a means of assessing security requirements, with personnel being deployed in direct proportion to ticket sales.

Machine learning - through which sophisticated algorithms are used to analyse data such as texts, images and video held in a single repository - is another method through which crime in major cities can be mitigated, the Microsoft Azure data lake being a good example. Powerful algorithms also enable law enforcement agencies to analyse data through capturing live camera feeds, emergency service calls and complaints registered with police. 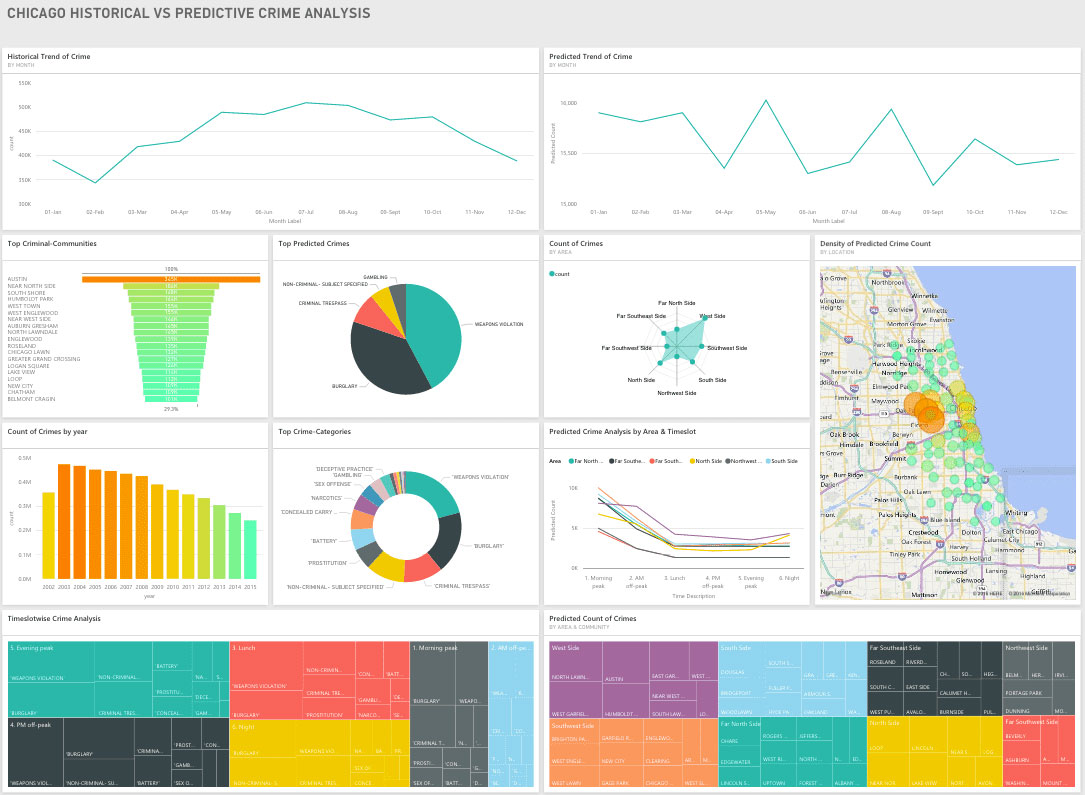 In a similar way, Big Data and analytics can also help in combating crime, using identified patterns as a means of forming prediction techniques. Police, for instance, may be able to prevent future burglaries through analysing those that have taken place previously in their area of command. Data mining techniques can likewise help identify patterns in everything from domestic violence and theft to murder, while advanced analytics can help prevent crime through analysis of social media. Following the 2013 Boston Marathon bombings, for example, police trawled through heaps of data across a number of platforms, helping them trace the suspects and prevent further attacks.

As sophisticated as these techniques appear, however, it is likely that in the near future, more and more advanced digital tools will be developed to help law enforcement agencies identify and follow crucial leads. The world, in other words, can be made a safer place through technology, with potential crimes being spotted with increasing speed and efficiency.