The mobile technology industry and mobile app developers have long been working towards a future where wallets, cash and cards are redundant. Contactless payment systems are the result of many years of research and development – Apple Pay being a perfect example. Apple Pay was launched in the US last year, and landed in the UK on July 14th 2015. As the simplest and easiest NFC (Near Field Communication) payment service to use, Apple Pay has secured widespread support from banks, retailers and users. Accessible on multiple devices, Apple Pay can be used for in-store as well as in-app purchases. Effortless security is provided by the thumb-reading TouchID technology, ensuring positive UX and instant acceptance from users and third parties alike.

When launched in the UK, Apple Pay had the support of eight major banks: American Express, First Direct, HSBC, Nationwide, NatWest, Royal Bank of Scotland, Santander and Ulster Bank, along with major cards Visa, Mastercard and American Express. Now, more banks are joining the bandwagon, as well as brands, retailers and users choosing Apple Pay for their daily purchases.

With over a year's presence in the USA and a million retailers accepting Apple Pay, it’s clear that this contactless payment system has enjoyed a positive start in the UK and globally. However, as Apple faces the heat from the likes of Android Pay, Samsung Pay and Barclay’s bPay, how well placed is this service to conquer its competition? 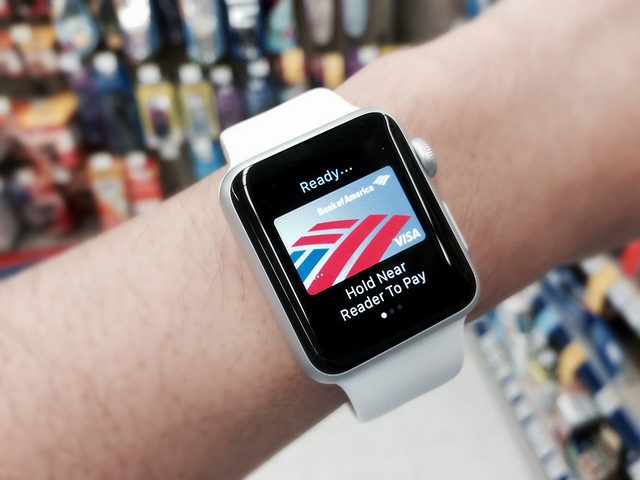 Apple’s contactless mobile payments system can also be used to make payments for offline purchases without the need for cash or cards. NFC enables the user to make contactless payments with their devices. At present, Apple Pay touchless payments work on the iPhone 6, iPhone 6 Plus, iPhone 6s, iPhone 6s Plus and the Apple Watch. 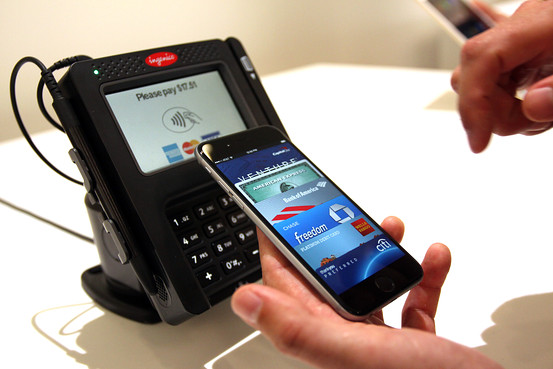 Today, Apple Pay is accepted by most major high street brands in the UK. The list is extensive, but includes: Costa Coffee, Starbucks, Marks & Spencer, Waitrose, The Post Office, Boots, McDonalds, Lidl, Wagamama, Boots, BP, KFC, Subway, Liberty, Nando’s, New Look and Pret A Manger. Many more are planning to join the bandwagon in the near future. 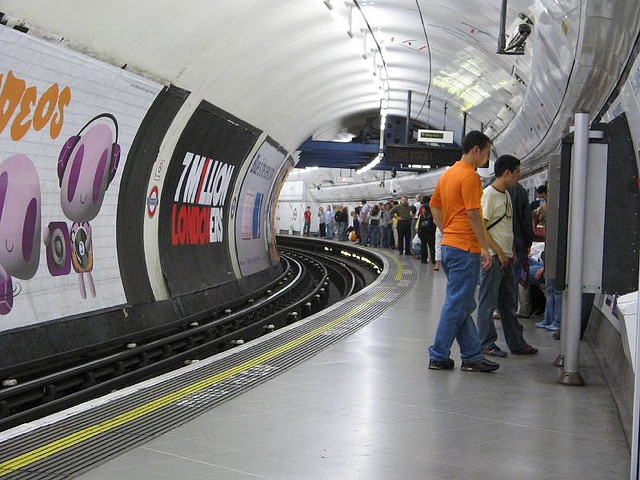 However, perhaps the most awesome feature of UK Apple Pay is that most major metros are now gearing up for NFC payments. Our hedgehog lab team in London and Newcastle are already using Apple Pay for transport. TFL (Transport for London) has announced that it will support Apple Pay for all tube, rail and bus journeys in the capital. One in ten of all contactless transactions in the UK now take place via TFL.

Adoption rates are high in the UK given the existing contactless infrastructure to support its use. When the service was launched, there were already 250,000 Apple Pay - ready point of sale tills across the UK; this number is set to grow rapidly over the coming months and years. Anyone with an iPhone 6, iPhone 6 Plus, iPhone 6s, iPhone 6s Plus (or an Apple Watch) can purchase goods and services with touchless payment, using Apple Pay at these tills.

According to a study by data research firm Wristly, in August 2015 80% of Apple Watch users in the US and UK were using Apple Pay for their purchases. Whilst 51% love the service, saying the experience is seamless, 42% agree that this form of contactless payment is convenient. A marginal 3-4% have reservations on the grounds of security and usefulness. 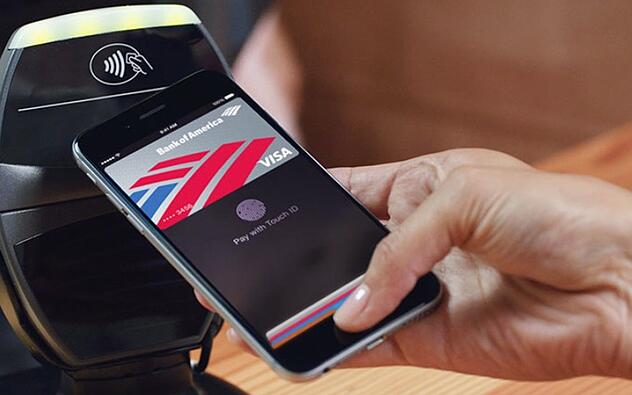 Overall, most users agree that Apple Pay has effortless security features, thanks to TouchID fingerprint authentication that requires the user's biometrics to authorise payments. This advance in security promises to change the way we pay for goods and services, as we take yet another step towards a cashless and cardless future.

User data such as credit or debit card numbers are not stored on Apple Pay, devices or on Apple servers. Instead, a device account number is assigned, encrypted and securely stored on the customer’s device. Each transaction is authorised with a one-time unique dynamic security code, rather than the security code from the back of the card itself.

It’s widely believed that nearly 7 out of 10 users abandon the online checkout process due to poor checkout design and a slow checkout process. Apple Pay resolves both of these issues, with the potential to improve the user experience dramatically. As this simple and secure NFC payment solution gains in popularity, it’s being adopted by more and more banks, vendors and retailers. Not only are they giving customers what they want – Apple Pay also gives retailers lower upfront costs for contactless payments.

Despite its popularity, Apple Pay is facing strong competition from other contactless payment systems: 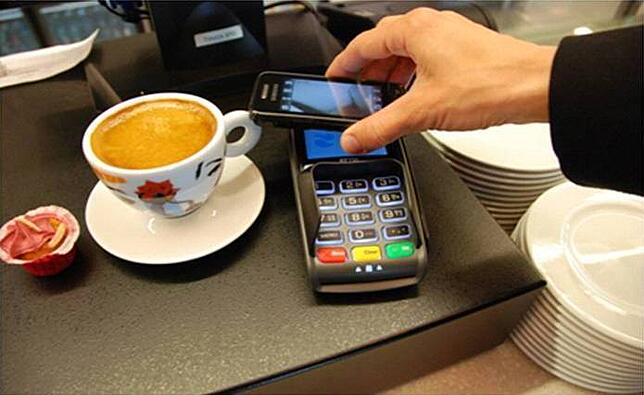 Android Pay is Google’s answer to mobile payment systems. All NFC-enabled Android phones from Samsung and LG, with an Android OS of 4.4 KitKat or newer, can take advantage of this service. Users can pay for goods and services by tapping the handset against the retailer’s credit card reader, accepting credit and debit cards for MasterCard, Visa and American Express.

Instead of fishing out your cash or cards to make a purchase, a simple software update enables existing Google Wallet customers to use Android Pay. New users can download Android Pay from the Google Play Store, along with Android M - which is being rolled out to users now.

What makes Android Pay unique is that you can add loyalty cards to your virtual wallet, to collect and redeem loyalty points with brands such as Coca-Cola. This leading brand allows fans to store up points and use them to claim free cans from vending machines, simply by tapping their phone against them.

Android Pay can be authorised using several methods: PIN, password, or a face scan taken with the front-facing camera. Unlike on iOS, these security features can be disabled without deleting cards. Android Pay can be used for both in-store and in-app purchases, meaning users no longer need to enter their card details and billing address for every payment. Mobile app developers are already planning to integrate Android Pay into their e-commerce platforms, to make online shopping quicker and easier. 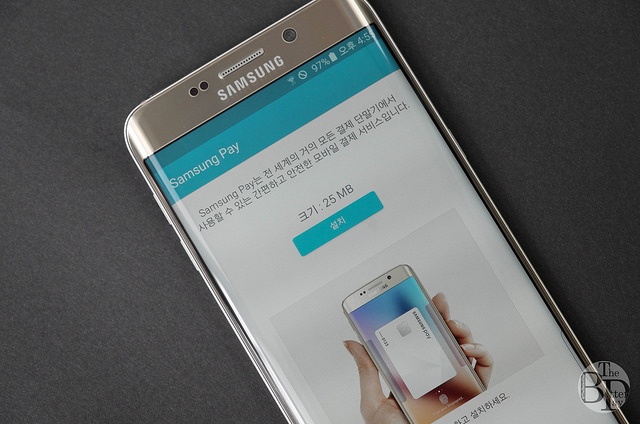 Samsung Pay is a mobile payments service similar to Apple Pay and Android Pay, allowing secure contactless payments to be made at participating shops and points of sale. Samsung Pay combines new MST (Magnetic Secure Transmission) technology with NFC, to create a universal solution compatible with both NFC and traditional magstrip. This dual technology enables the payment service to be used at a staggering 30 million merchant locations worldwide.

Like Apple Pay, account numbers are not stored on the device; instead, all sensitive data is replaced with unique tokens. Samsung Pay will be available on various devices, including the Samsung Galaxy S6 and S6 Edge. 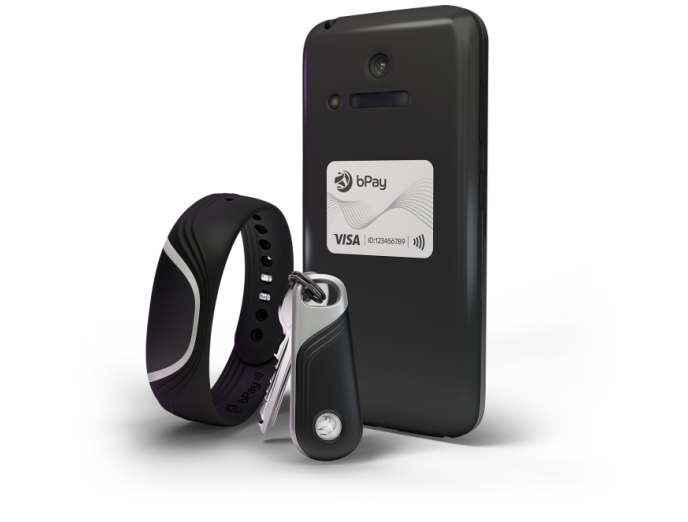 bPay is Barclays’ digital payment system, built into three wearable devices: waterproof wristbands, stickers for movable devices, and fobs that can be attached to your keys or bag. Whilst all of these wearables are small and handy to carry around, the risk of being lost or stolen is high. In the case of theft, no security check prevents unauthorised users from using bPay tools, unless the owner disables the device.

This is quite different to Apple Pay, which allows users to store and manage as many cards as they want, with one selected as their default card. For bPay users, changing the default card is complicated, as they need to load a prepaid account manually or automatically. What’s more, Barclays’ payment system excludes many credit and debit card companies, such as American Express. Only holders of UK-registered Visa or MasterCard credit or debit cards can use bPay at present.

In the constant drive to become more productive and more efficient, technology is bringing convenience to users across the globe. Whilst Apple Pay may face competition in the push for a contactless future, it’s successfully carving out its own loyal niche.

As Apple announces the creation of a UK-based team dedicated to researching and entering prospective markets such as China, India and south east Asia, it seems that the phenomenal success of Apple Pay won’t stop in the US and UK. Alongside the efforts of its other major contenders, a wallet-free future is on the not-too-distant horizon.