You’ve got a killer app idea but none of the business acumen. How do you go about turning your fanciful app ideas into a reality?

Simple. You hoover up everyone else’s knowledge on the business of app development and put it into action. And despite the wealth of information and advice out there on the internet, it is books that still rule the roost when it comes to imparting golden nuggets of guidance.

It’s a lucrative industry, the business advice publishing circuit, which means there’s thousands, if not hundreds of thousands, of books out there that claim to offer the key to developing an all-conquering app.

Since the launch of Apple’s App Store in 2008, business has boomed for publishers looking to capitalise on the tech startup tsunami that has ensued in the last decade with a deluge of books of varying quality and relevance.

Having a massive selection is great, but even with the help of gibbering Amazon reviewers, it can be difficult to unearth the truly seminal releases from the sea of irrelevant, outdated and just plain terrible books out there.

We do a lot of reading here at hedgehog lab, so to give you a hand we’ve handpicked the five best books that we think will provide an excellent primer on app development and give you the perfect platform to develop your own successful app.

Hooked: How to Build Habit-Forming Products by Nir Eyal 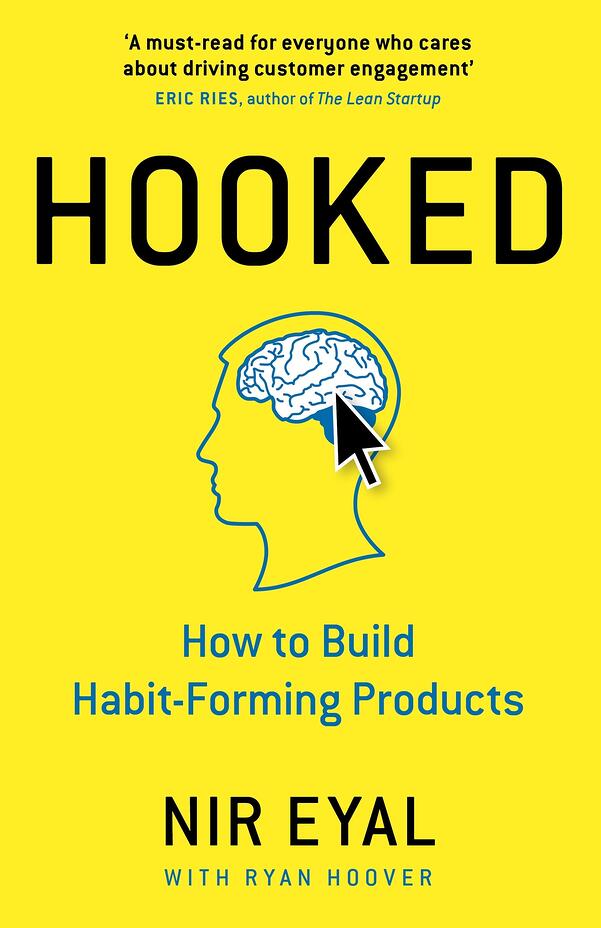 Eyal certainly knows what he is talking about having co-founded and exited two successful tech businesses in the past and backed the likes of Eventbrite and Refresh.io, the latter of which was eventually acquired by Linkedin. Utilising his Hook Method, the investor and self-styled design consultant shed light on the ways in which tech companies were building apps that attracted hundreds of millions of users and kept them coming back for more.

Ever wondered why you spend hours every day scrolling through your Twitter feed or why the only thing that’ll scratch that Instagram itch is Instagram? This book will help you understand why and give you tips for incorporating the same concepts in your own apps.

With the ongoing debate about the impact of addictive apps on society, the book’s focus on getting users hooked might not be fashionable, but it’s certainly still relevant. And Eyal is relatively upfront about the moral implications of such developments, dedicating an entire chapter to the ethics of weaponised compulsive design.

The Israeli author has had to look again at some of the concepts explored in his best-selling book recently as public indignation has grown at the perceived manipulation tactics of app developers. Eyal has conceived of the ‘regret test’, a method which modifies some of his findings in Hooked and acts as an ethical check on addictive app design.

Taken together, both will provide readers with the theoretical and ethical chops to create compulsive (but responsible) apps.

The Design of Everyday Things by Don Norman 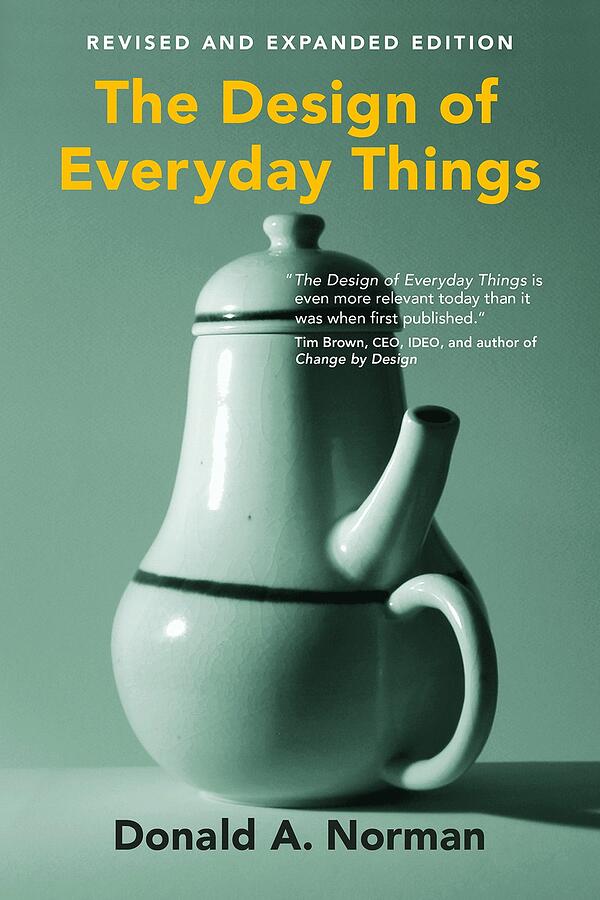 This one’s a favourite of hedgehog lab’s Lead Designer, Luke Medlock, who knows a thing a two when it comes to design having been named one of Britain’s brightest design talents in this year’s BIMA 100 list.

Don Norman’s book on everyday design may be 30 years old, but its pearls of wisdom on everything from door handles to taps and buttons have made the title a classic in product design circles.

The Design of Everyday Things helped to popularise the term ‘user-centered design’, an approach that is at the core of today’s UX craft, and the book’s enduring popularity amongst developers and designers attests to how ahead of its time it really was.

It is a formative text for any designer, developer or company wanting to provide academic rigor to the design of their apps. Delving deep into the cognitive psychology of design, Norman analyses examples of good and bad design and champions simplicity over everything else.

If you’ve ever felt dumbfounded by an overly-complicated menu in an app or struggled to find the on button for your brand new 4K television this book will help you understand why.

Such has been the influence of Norman’s design bible that many of its conclusions are considered common sense nowadays, but that only further demonstrates its importance as a grounding tome for anyone wanting to develop apps that will delight their users.

How to Build a Billion Dollar App by George Berkowski 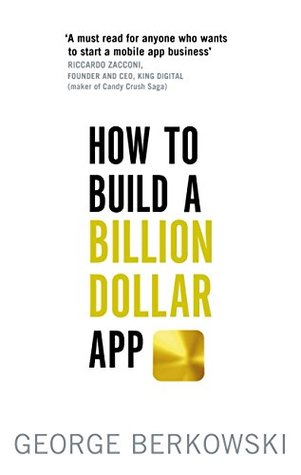 The reputation of How to Build a Billion Dollar App has taken a knock in recent years after the company where Berkowski made his name, ride-hailing app Hailo, struggled in the US and mounting losses saw it eventually absorbed by German giant MyTaxi.

Still, the wisdom contained within from the author, who is now current Head of Product at GoCompare, provides a vital roadmap for any entrepreneur looking to develop a lucrative app that is a hit with users.

This is because Berkowski consciously set about creating a book that provides ‘practical, actionable advice’ instead of faddy time-limited models or indulgent anecdotes that read well but provide little guidance for the reader. Many of the points he picked up on in 2014 are still very much relevant today.

At its heart the book has one central message: simply having an idea for a cool app is not enough. In fact, developing a workable app is just one part of a much bigger process that involves user research and testing, marketing, PR, company building and analytics alongside many other facets.

With glowing endorsements from the likes of Hugo Barra (current VP of VR at Facebook) and the founder of Candy Crush developer King Digital, Riccardo Zacconi, Berkowski’s volume certainly has fans in high places thanks to its carefully selected lessons from some of the world’s biggest companies.

The Lean Startup by Eric Ries 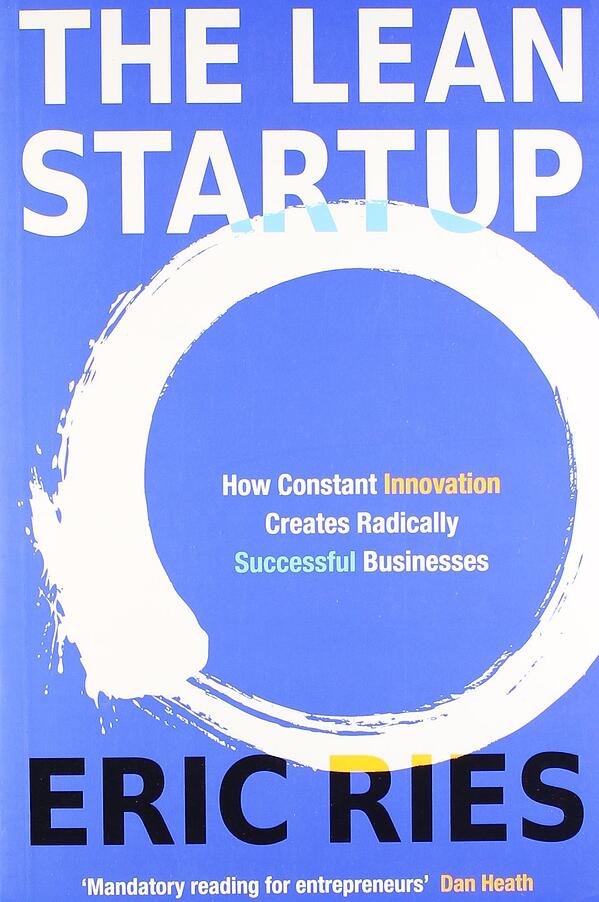 Eric Ries’ The Lean Startup has become something of a modern classic in business circles, earning pride of place on many a founder’s bookshelf. Dubbed ‘the startup bible’ by Penguin, the book is a detailed entrepreneur’s guide to fostering constant innovation and reinvention in their businesses with razor-sharp examples from the likes of Facebook and Google.

Using Toyota’s legendary lean methodology as a basis, Ries applies practical advice for businesses and product teams, stripping methodologies back to the core concerns of customer feedback and user needs.

The book has helped to shape and define the startup boom of the last seven years as its software development-focused advice has been adopted by a whole generation of Lean Startup acolytes.

Ries published The Lean Startup four years after the launch of the App Store and in response to some of the management approaches utilised at some of the world’s biggest tech companies. As such, its runaway popularity and importance is intrinsically linked to the App gold rush of the last decade which has driven ever-greater levels of innovation and made digital millionaires at an ever-increasing tick.

Put simply, if you’re in the business of making apps and you read only one book, make it this one. Even just to understand what all the fuss is about.

Good to great by Jim Collins 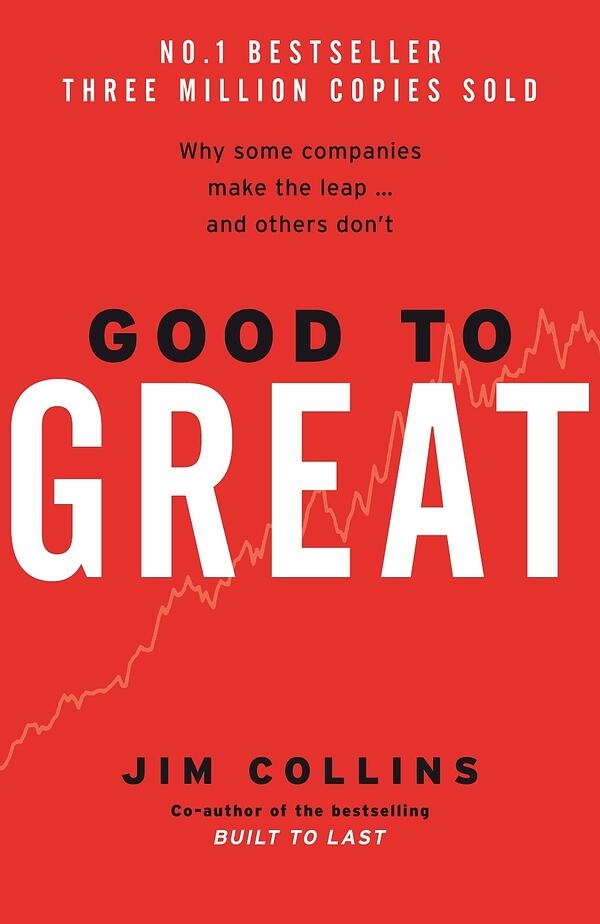 No list of recommended reading from the lab would be complete without Jim Collins’ Good to Great. It’s the book which inspired the hedgehog lab name and has played a particularly inspirational role in our journey in the last decade.

Published in 2001, Collins placed 1,435 established companies under the microscope and charted their progress over 40 years to work out exactly how the 11 great companies he identifies became great.

And while his book pre-dates the app business by seven years, the author’s expertly researched and insightful guidance is gleaned from some of the biggest companies of the 20th Century whose journeys are just as relevant today as they have ever been.

It was also Collins who devised ‘the Hedgehog Concept’. An approach which emphasises piercing focus on what your business can be the best at over the muddled or reactive thinking of generalised competence.

Truly great businesses, Collins argues, got to where they are thanks to a chain of decisions, built one upon the other, that were founded by the three clarifying questions of the Hedgehog Concept:

Considering these questions and finding the right answers to them can give your app business the platform for success and springboard your company from good to great. Or as we put it here in the lab: be the hedgehog. 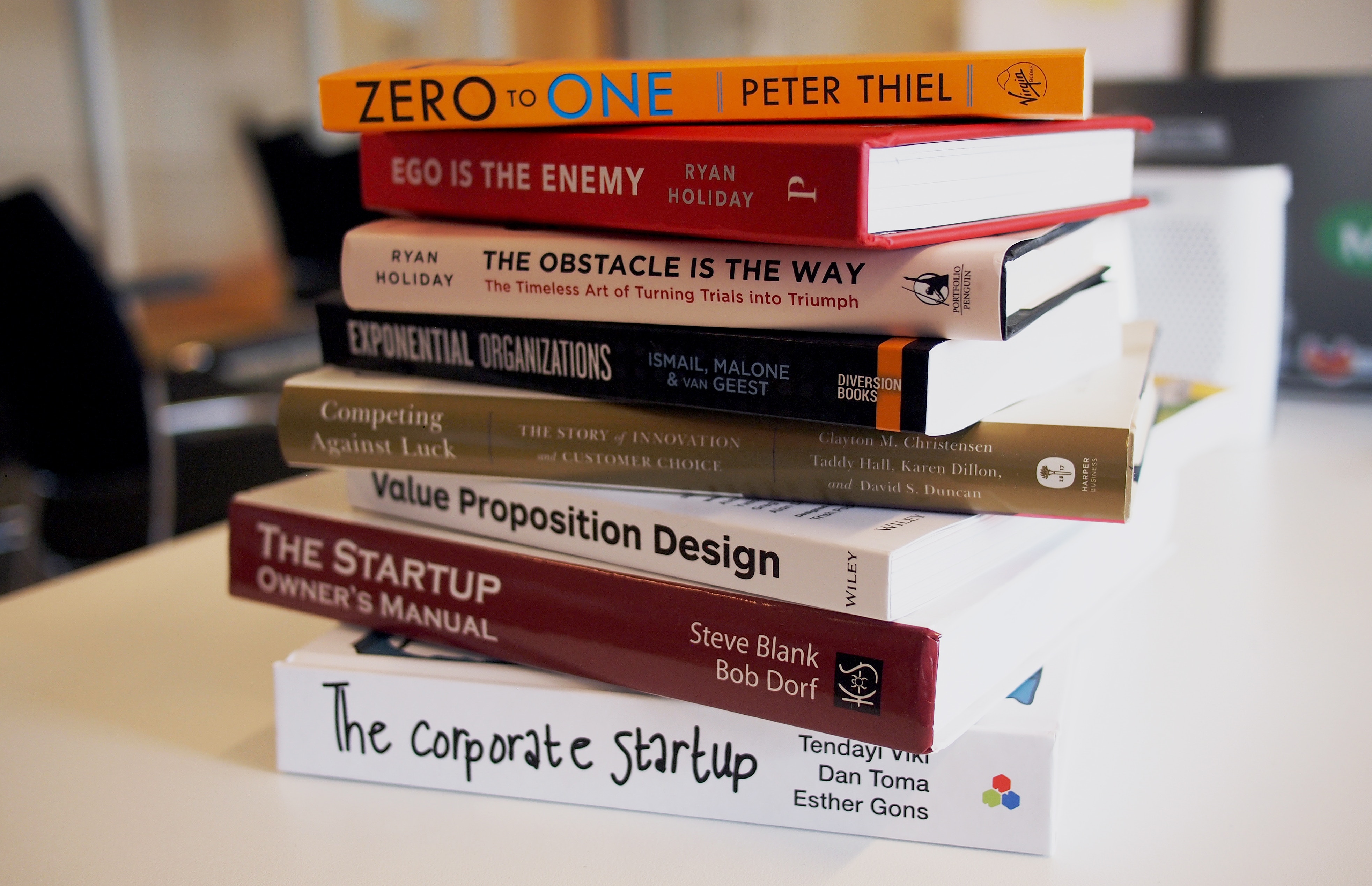 Photo by Daria Nepriakhina on Unsplash

So there you have it, a quick primer to some of the most influential and important books on the development of apps that are out there.

Get through the 2000 or so pages on offer here and you’ll be mixing with the Zuckerbergs, Spiegels and Dorseys in no time. Or maybe not. The books here will give you a good theoretical grounding, but developing an app and building a company is a continual effort of reinvention and adaptation.

It’s about pulling up your belt, putting in the long hours and knowing where your strengths lie. Learning lessons from those who’ve done it will point you in the right direction, but only hard work and gumption will get you there.