From day 1 Google has been working on making it easier for users to find what they are looking for - and to do so instantly. As part of this, it has branched out into multiple platforms, from Search to Maps, Android to Youtube. And now, the company has recognised AI's transformational capabilities with a full switch to Artificial Intelligence.

Google I/O, 2017's keynote, was a testament to this emphasis, which represents the next step for the search giant. The event started off with a live interactive bubble-based game, which viewers from around the globe were encouraged to access via their mobiles and browsers. In typical Google fashion, the stats on how many ware playing were then shown on large screens on the Keynote stage.

Later, the keynote was kickstarted by Sunder Pichai, followed, for the next hour and a half, by vice presidents and CEOs of various Google products. Here are a few of the interesting things that were discussed:

The company that owns the Droid mascot is focusing heavily on bringing AI to the centre of it's offerings - and even users' lives. This initiative was kicked off with the announcement that the business was moving from "Mobile First to AI First".  Sunder Pichai then discussed the science and engineering behind massive data centres, which will be focused on AI and the new cloud TPUs; these will be linked to Google Cloud Compute, giving developers access to these massive machines. To push this forward, Google has even launched a dedicated website: Google.ai.

While giving developers more access to AI through a Google Assistant SDK, the company  also showed it was considering the end user with the announcement of Google Lens, a tool that can boost their Assistant's functionality by letting it use the camera to offer assistance.

Since its launch a few months ago, the voice-based assistant Google Home has more than proved its capabilities. Google recently updated this system to give it the ability to manage multiple users; this makes it easier for everyone in a household to use it without creating confusion. The system is getting more love from Google in the form of updates enhancing it's capabilities and opening up new possibilities. One of the most significant of these is focused on giving people the power to use it to carry out calls to those on their contact lists; indeed, the whole call can now take place via this device.

Google home, however, still has its limitations, including the fact that while it's good at using audio to answer queries, there is no visual aspect. And you know what they say: a picture is worth a thousand words. Google, though, is looking to remedy this through enabling the device to interact with the many screens we have in our homes. So, next time you ask it a question, you could be receiving the answer visually on your Android mobile, tablet or even television.

Google had recently announced a developer preview of its next big Android update, shrouded in mystery with the single letter "O" (What could this stand for? Do tweet to us with what you think the full title of the operating system could be). A few important features were discussed relating to the next update to the Android ecosystem, which apparently has crossed 2bn active monthly users.

The biggest announcement, however, was that of the "Google Play Protect" program, which will soon be enabled for the whole of the Google Play Store. It will ensure that the apps available on the store are continuously checked for issues such as viruses and spamware. The same would apply to updates, further boosting safety.

Google also announced that the Beta version of "O", which can now be accessed by the broader Android user base.

For the past few years, Google has been working continuously to find ways to make smartphones more accessible to the next billion users. These individuals will come from countries like India and Indonesia, where purchasing power and access to reliable internet and network services still present significant challenges.

Previously Google had initiated the Android One program in India and Indonesia, but it didn't really work as intended. Google had set guidelines for manufacturers to develop devices with a particular configuration that would make them robust enough to run the latest version of Android, but at the same time allow them to remain affordable. This, however, failed to work as the ecosystem of apps being developed were not being appropriately optimised for these devices.

Hence, the creation of Android Go, a version of the operating system that will enable people to download and use apps optimised for these low end devices, designed to be more affordable to customers in countries like India and Indonesia. As part of this, the OS, the Play Store and some of Google's own products will be tailored to ensure users can operate them on affordable devices without spending tonnes on data, a costly commodity in developing countries.

Last year at I/O, Google announced DayDream, a virtual reality platform that worked with its flagship device and the Android ecosystem. To improve upon this, the company is now  onboarding other manufacturers to build devices.

Along with mobile devices, Google is also working on standalone headsets that can access virtual worlds without being linked to a PC or mobile. These will be used exclusively for VR and Google hopes they will provide a better immersive experience, since they can be fine-tuned to do so. The company is also working with HTC VIVE and Lenovo to create standalone DayDream-enabled VR headsets. 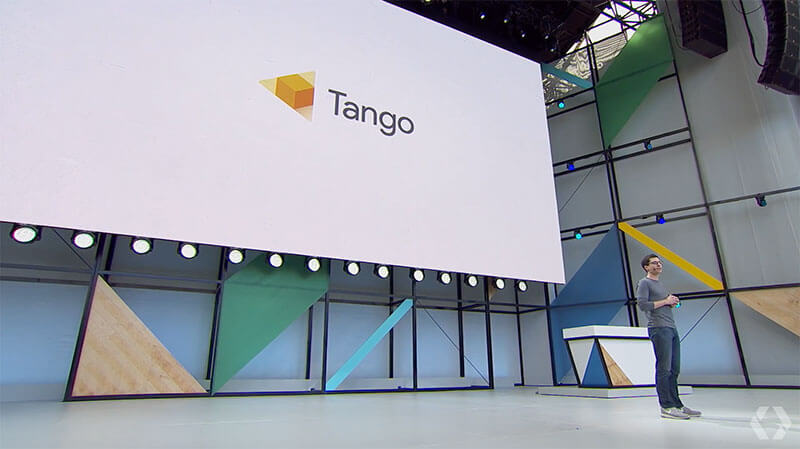 Along with VR, Google has been working for years on AR through Project Tango. The first commercially available Tango-enabled device was launched earlier this year and another device is due to be released before the end of 2017. Google is also looking to expand Tango to work with Google Maps and create a visual positioning service, which it hopes will improve indoor mapping and provide better indoor solutions to users as well.

Along with this, Tango will be integrated with Expeditions to improve how educational institutions let students visualise and interact with objects in AR.

There was a lot discussed in just an hour and a half and we at hedgehog lab are looking forward using the amazing tools Google announced this year to provide great solutions for the challenges faced by our mobile partners.