Which area of travel experiences should organisations within the sector focus on improving? It may come as little surprise, but there is no easy answer. A simple explanation for this lies in the diversity of the organisations operating in the industry.

The vision of an airline like Ryanair will always differ dramatically to that of those in accommodation, like Hilton Hotel & Resorts. Indeed, Ryanair's aims will even conflict majorly with those of organisations who compete in the same space. An extreme example perhaps, they're unlikely to be looking to make the same kind of enhancements for customers as say, Qatar Airways.

As a result, plucking different technologies out of my a**e and claiming they're the future for every travel organisation, or even companies operating in a particular sub-sector is likely a waste of time for both you and me. Instead, I think the value lies in better understanding of the sector, exploring the focus of some of its leading organisations, and identifying how they're utilising technology to empower improvement. 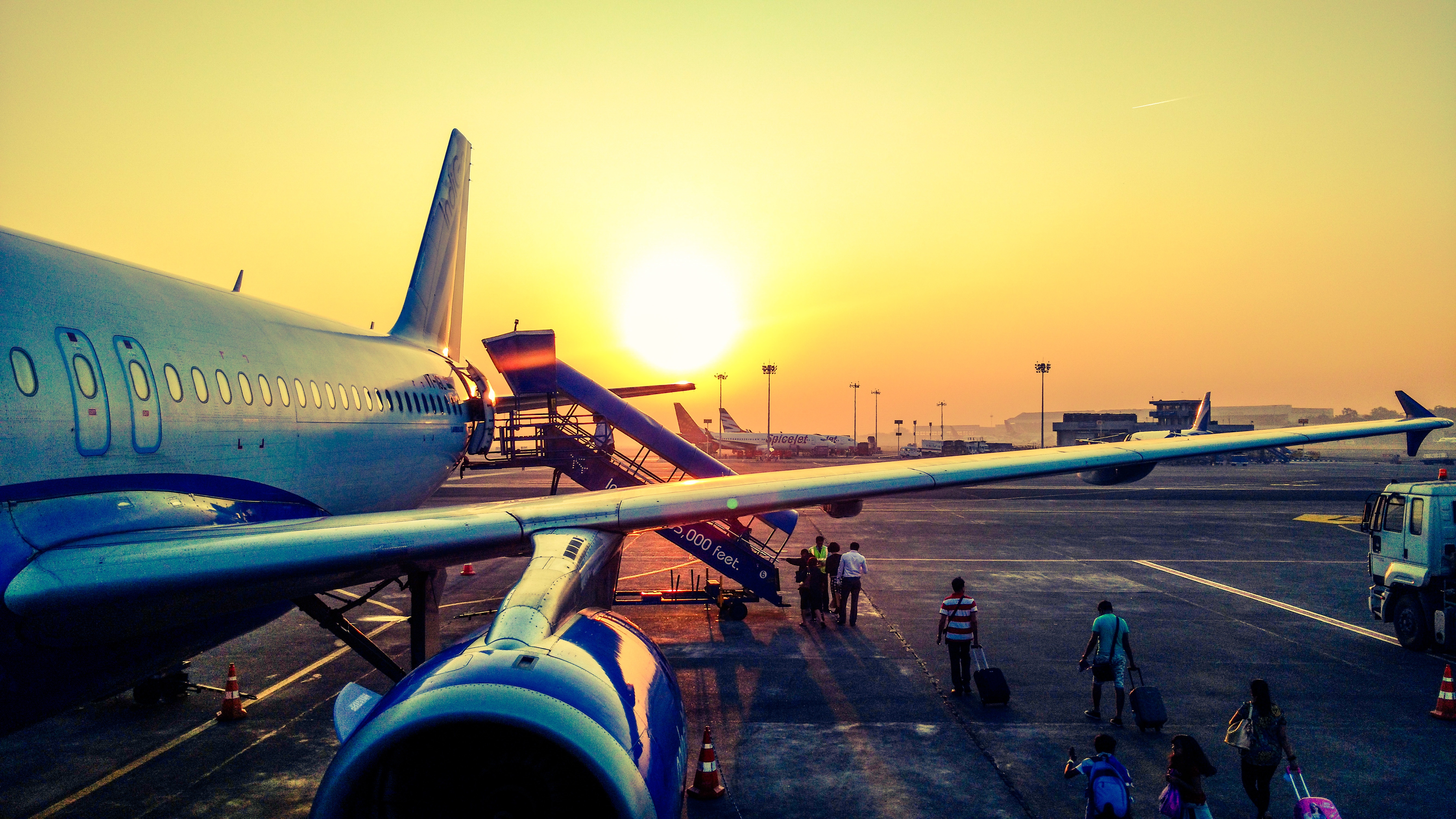 A natural first step in understanding where the area of focus should be for travel organisations is expanding on how respective purposes differ between sub-sectors.

We've already established airlines and hotels as two varieties of business operating in travel. But is it the customer needs of the likes of EasyJet and Travelodge that make the sector complex, or is it those of the multidisciplinary organisations like Disney, that 'cross over'?

To expand, consider how in entertainment, Disney could go about increasing footfall at their parks. Or in food and drink, how a global food and drink brand like McDonald's can guarantee travellers get a standardised service that meets expectations of previous visits, while ensuring interactions still meet local cultural expectations.

Linking this back up, it's important to gauge whether these considerations, and the resultant decisions 'cross-over' brands make, impact organisations more directly aligned to the travel industry.

There's an obvious yet vital business case for knowing whether 'out-and-out' travel brands should pay attention to the results of innovation efforts from brands who have their finger in many pies. Are they a risk-free pathway to best practice, or are any results too diluted to draw reliable conclusions from? 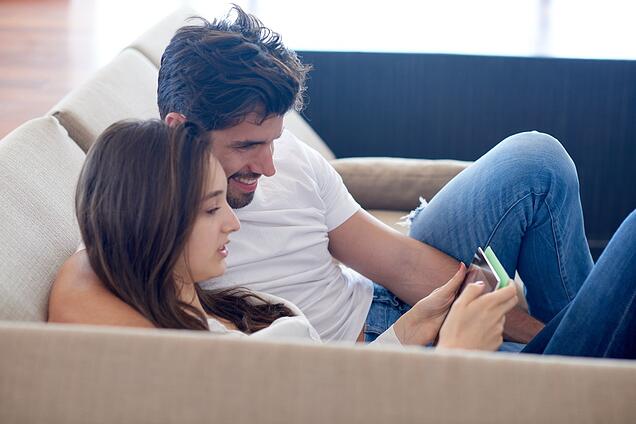 In the 18 months between January 2016 and July 2017, CMO.com, Adobe's specialist marketing arm, conducted a series of interviews across a range of industries, including travel. Within were discussions with marketing leaders from Expedia, Hilton Worldwide, TripAdvisor, Thomson and Ryanair.

What is immediately evident by analysing their thoughts is an overriding focus of any travel business' attention - the customer. To demonstrate, Expedia hope to drive profitable visitor and incremental transaction growth (make money, to you and me) by offering more cohesive customer experiences.

Connecting the dots in travel is not an unfamiliar desire, as shown by the likes of Skyscanner and Airbnb, who have openly stated their intention to become ultimately become an end-to-end travel platform.

Like Expedia, Hilton want to simplify things for customers. They're seeking ways to utilise technology to eliminate friction. However, where Expedia and Airbnb aim to become a 'one-stop-shop', Hilton aspire to make a stay at one of their hotels more personalised, stress-free and of better value. That focus is exhibited by another of their desires - how they can better recognise and reward customer loyalty.

The contrasts don't stop there, either. TripAdvisor for example is entirely different, mainly because their customers are, too. They must find effective ways to educate owners of hotels, restaurants and attractions about their product and its value when embraced well. As such, their innovations have to be accessible in every meaning of the word, explaining why perhaps unlike those above, mobile remains the core of their innovation efforts.

Via quick comparison of these interviews, it has quickly become apparent that travel organisations perceive unearthed success to lie in reduced friction and increased simplicity. But do these organisations need to be first to market? Is it safer to wait for a competitor to make the first move and gauge success? And, linking back to the targets in travel section above, can organisations rely on the findings of those who operate in and across different verticals?

As organisations like Expedia, Hilton and TripAdvisor continue to seek new and innovative ways to reduce friction for customers, you'd forgive them for looking to best practice and proof of concept around ideas that may have applicability to their own business. As a minimum, it makes business sense.

One issue with this, however, is that so often successful innovations in travel quickly become standard practice. This can be instanced in the hotel space, where most major hotel brands have worked exhaustively to introduce mobile experiences, improving guest experiences with mobile check-in, room service. live chat and more.

Elsewhere, travel agents have begun utilising virtual reality (VR) in stores in an attempt to increase sales. To some, this may sound an exclusive experience, offered by only 'high-end' operators. Conversely, the brands who have embraced VR to sell holiday experiences already range from relative unknowns such as Barrhead Travel to industry leaders such as Virgin Holidays and Thomas Cook.

You can expect to see more of the 'follow and adopt' trend, too. With the anticipated rise of voice user interfaces set to transform how we interact, many in travel are already working out how to integrate virtual assistants such as Alexa or Google Assistant into the experiences their organisations offer.

Voice's sudden arrival on the travel scene can be demonstrated by United Airlines, who revealed their Alexa skill in late 2017, enabling users to check-in for a flight. Hot on their heels were American Airlines, announcing they'd explore how travellers could use voice to plan their in-flight entertainment later that month. 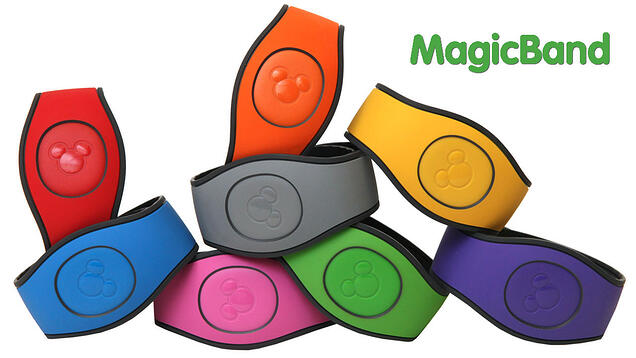 Outside of the bubble, cross-sector organisations are innovating to reach their goals, too. Earlier, I asked: how does Disney increase footfall at their parks? Well, back in 2015, the company unveiled the 'MagicBand', aimed at reducing friction (mad, eh?) for resort visitors.

A $1bn investment, and a crucial element in the company's broader 'Next Generation Experience Project', it wasn't exactly a move without risk. Since though, Disney has reported success. While per-visitor spending is up a moderate 7%, the most significant benefit has come in the increased footfall the wearable has allowed parks to enjoy.

Disney's change in park capacities came resultant of data analysis, with their bands generating the data to inform the decision. With components of artificial intelligence continually developing, the company already anticipate further improvements, with operational efficiency and increased marketing personalisation now on the roadmap.

In the more concentrated travel sphere though, wearables remain a relatively untapped market. Plenty have covered the potential of the technology within the sector, but there aren't many organisations showing a desperation to adopt - even in spite of the reward Disney are enjoying. I suppose the question then, is why?

When creating this blog, I was desperate to find a case of a travel organisation which were taking wearables seriously. After much research, I stumbled across Carnival, a cruise line giant valued at $38bn. Carnival plan to revolutionise cruise experiences with their new wearable, The Ocean Medallion. The versatile wearable would allow travellers to automatically unlock their cabin doors on approach, locate friends and family onboard, make purchases without card or cash, navigate the ship, connect to a gambling platform and more.

On the face of things, it's a move which makes total sense. In addition to the monetisation opportunity offered, the wearable will address a significant travel issue by increasing accessibility and consequently reducing friction in a number of ways.

But are Carnival correct to do what others aren't? Why are they taking the risk? With other travel organisations remain reluctant to follow Disney's lead, are they doing something wrong?

I don't think so. The answer as to why Carnival is suddenly keen on the wearable lies in their Chief Experience Officer, John Padgett. What does John know that others don't? Well, he's the same John Padgett who drove the development and introduction of the MagicBand at Disney. 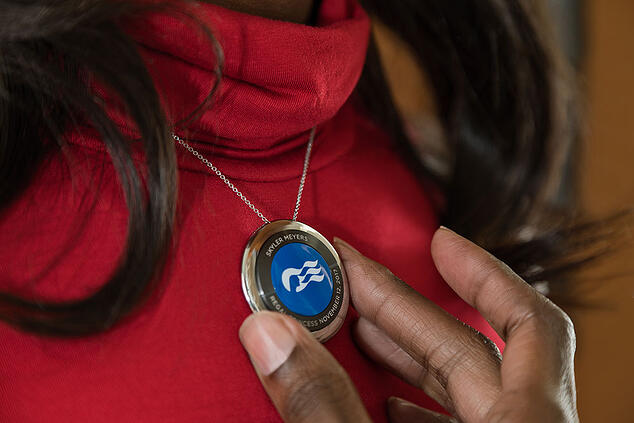 Having seen both sides of the coin in his roles at the two organisations, I'm going to stick my neck on the line and say that John's judgement is one which is both well-informed, rational and worth paying attention to.

In an industry which places so much concentration on the customer, organisations have become possessed with reducing friction, simplifying and getting ahead right now - or at very least, not being left behind. But the obsession with what others are doing is leading to shortsightedness, a lack of thought around the 'bigger picture' and a lack of consideration for the long-term.

In his time at Disney, Padgett helped implement a digital infrastructure, reliant on wearables, IoT, big data and AI. The move has not only led to immediate improvements for visitors but created a platform from which the company are still driving enhancements - as exhibited by the marketing efficiency and operational improvement plans mentioned above. That alone should show it is possible to make sweeping changes which have benefits ranging across time periods.

It is this attention to the long-term that I believe will help companies like Carnival stand out in a competitive environment and keep at the forefront of the curve. Of course, travel businesses must ensure that any innovations are of actual benefit to the customer - but making assumptions that they can't follow best practice of anyone outside of those in the same vertical is limiting.

Of course, time will tell how Carnival's implementation goes down. But, given Padgett has already landed one gamble, his tips might just be worth a follow.