The 10th version of Google I/O has just begun this week and the keynote it self was enough to blow the minds of developers, users and Android fans everywhere. From announcing the Google Assistant to Google Home, from updates to old apps like Google Photos to new apps like Allo and Duo, from newer version of Android Wear to "N"ewer version of the Android OS to Daydream to built-in VR capabilities of the phones to Android Instant. The newly announced apps / products / updates were too many to even keep track of during one session and would be even difficult to squeeze into one post. But we will try our level best to ensure you get all the insights from I/O.

Google I/O is Google's yearly developer conference which it started in 2008, since then it has been the primary location for Android and Google developers to get an insight into the latest updates to various systems that Google provides access to.

This year Google has blown things out of proportion by initiating the Keynote itself in a huge stadium befitting a rock show. The number of new products / updates that were announced were also mind blowing, here are a few of the things announced that we at hedgehog lab are super excited about. 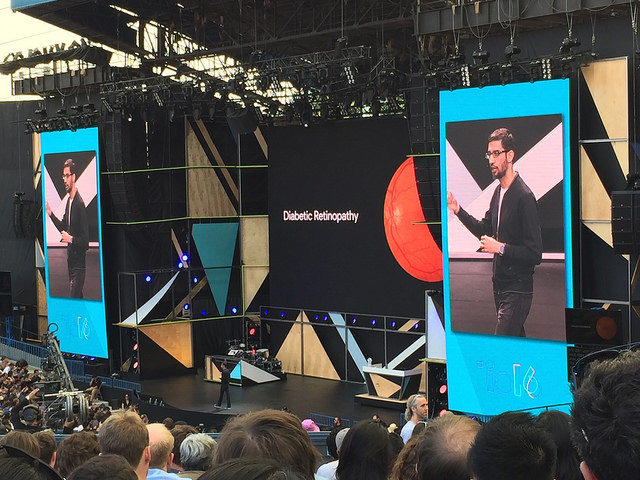 One of the key features of Google Assistant is to have the ability to interact in a similar way across devices. Google Assistant would recognise you and your preferences and interactions that you have with it on your mobile and be able to continue the conversation from your smartwatch or computer or television or even your car's infotainment system. 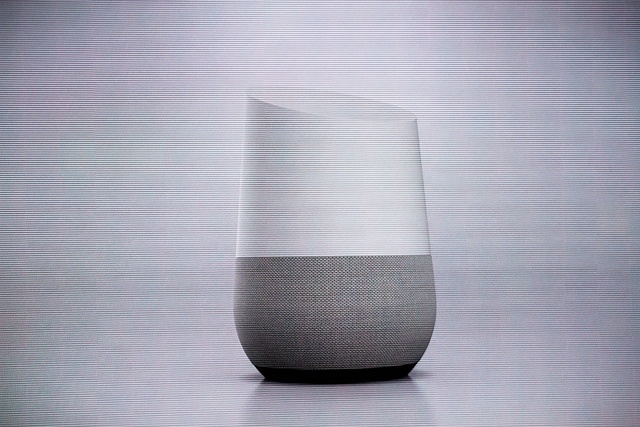 Along with the Google Assistant, Google also announced Google Home. Which looks a little like Google OnHub but with a modified base and the functionality of Alexa. Google has realised that it can launch Google Assistant and integrate it into everything from Android Mobiles to Android Tablets to Android Wear to Android TV to Android Auto, but would still fall short of really being accessible to the users in the place they need it most, their homes.

Hence it has come up with a separate device called Google Home, which essential works like a hub for interacting with Google Assistant, which will then be able to connect to all your other devices and pass information to them. 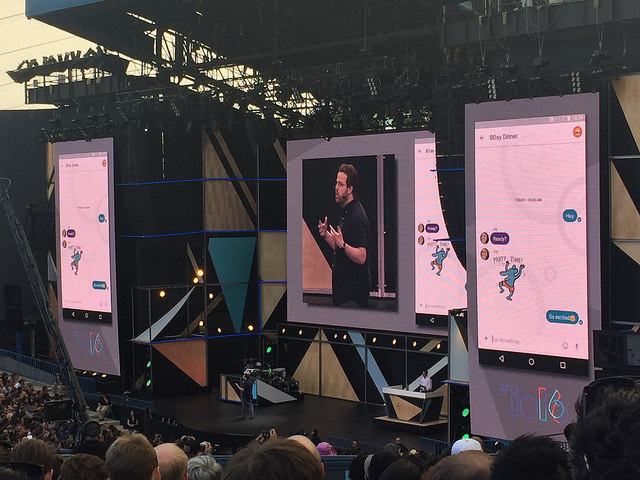 Google announced Allo, its own messaging service which would integrate a lot of the functionality of Google Assistant and be able to provide an intuitive communication platform for the users. It works a little like Whatsapp by taking the user's mobile number as the base for setting up an account and then takes it forward by enabling Google Assistant to interactively and intuitively be integrated into the app, enabling users to get the functionality of using any app.

It would actually allow users to be able to interact with features and functionality of other apps within Allo, enabling the users to stay in the conversation and not go out to find information. For example, the user could search and book a movie ticket or a restaurant reservation from right within the app. This would mean the app would communicate with a ticket booking site or restaurant booking site and complete the transaction without the user ever having to launch those other apps.

Along with integrating apps into the Allo platform, Google is looking at enabling small games to be able to run inside the Allo conversation between the user and his/her friends. This would encourage the mobile app developers to create better smaller games which can be used while communicating with their friends or family. 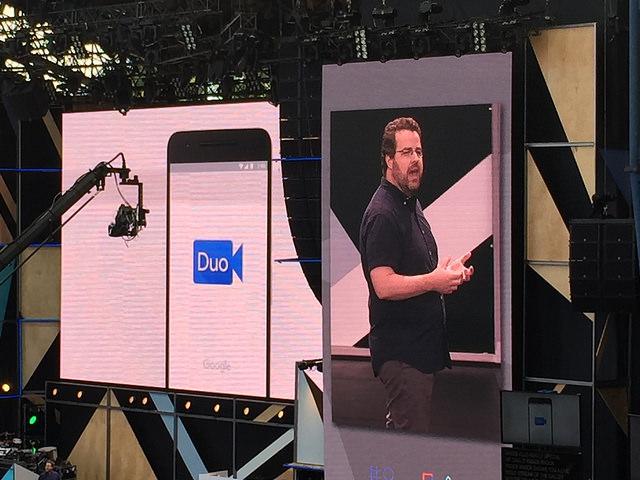 Along with Allo, Google announced their FaceTime competitor named Duo. One of the features which would make it stand out from the competition in the video calling industry is a feature called "Knock Knock", which gives the receiver live video feed of the caller, to identify who the caller is and what mood they are in. It brings you into the context of the call even before you answer the call. Another differentiation is that it would work on both the iOS and Android system, enabling users on both platforms to be able to experience the app equally.

Android N is the first Android version which is already available as a preview for the developers, before the I/O. Google is working hard with the developers to ensure that they take all their feedback and create a better Android N OS. Google for the first time has also started asking developers and the tech community to participate in naming the next version of Android.

Android N will be coming with a Just-In-Time compiler which will make app installs 75% more faster as well as decrease the space that these apps would take normally on the device's hard disk by 50%. Which would improve the way mobile app developers can optimise apps according to the capacities of connectivity and space available for the users.

Android N will also integrate Chrome style updates, which means that any OS updates will happen while the user is not using the device and the user will never have to see the installation screen ever again. All the updating and installing of new software is done in the background and the user can just pick up his/her phone and use the latest version of OS. 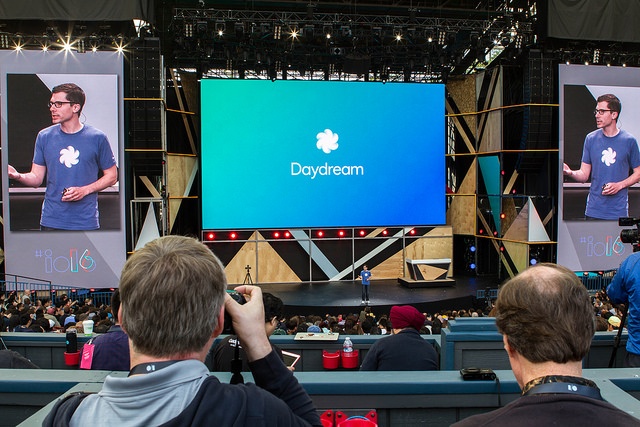 Daydream is the name that Google has given to their brand new VR based platform which they will be releasing soon. One of the key features of this platform is that it will not restrict access to it by devices only manufactured by Google, but would be accessible to partner devices as well. To ensure this happens seamlessly, Google has also created specifications for VR headsets as well as controllers, which can both be provided to their partners who will then go ahead and manufacture these devices in accordance to the requirements of the Daydream platform.

Along with that the next version of Android, Android N will also have the ability to run VR using the mobile device. Android N will enable developers making VR apps to access core systems and functions of the devices as well as the OS to ensure that the users get the best VR experience possible. This also decreases the latency issues that most VR platforms face as of now. 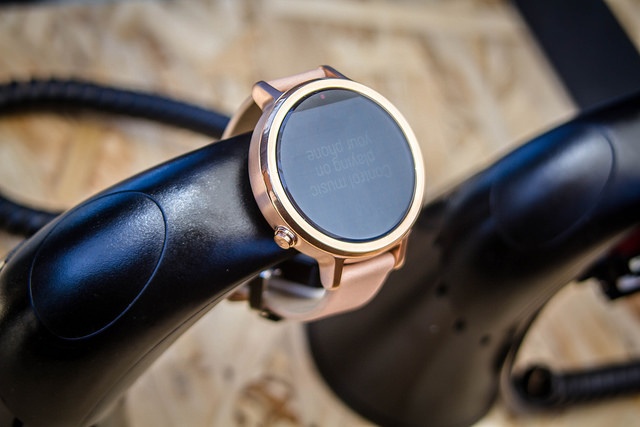 Google announced the next version of Android Wear in this years I/O, which has brought in a few improvements over the past OS. Two of the main updates that were featured were the ability to customise watch faces and have data from other apps show like small widgets and the ability to function without a smartphone connected app.

The ability to run standalone apps will enhance the experience of the Android Wear users, as it would enable them to not be restricted to their mobile devices, which means the user can go for a run and still be able to track their route and calories burned without using the mobile device's gps or accelorometer functionalities.

Google had acquired Firebase a few years ago, which is a cloud services provider and back end as a service company. Google announced that they are making it accessible to everyone with a free plan and enable mobile app developers (irrespective of the platform) to be able to use this and deploy their apps easily. It would support not just Android apps but iOS apps as well as web apps too.

One of the features shown during the keynote which blew away the developers was the ability to interact with apps without being able to install the app on the user's device. This is being called Android Instant Apps, and what it essentially does is, it enables the user to go directly to an app and experience the app instead of a website to perform a task and then leave without installing the app.

For example, if the user was sent a link to an item on an e-commerce app like Amazon, the user does not need to install the app. All he/she has to do is follow the link, which will open only a particular section of the app and enable the user to view the app as it was made. The user could then perform a transaction within the app using payment details already stored on the device and go back to using their mobile, without having to install the app at all. If the user does like the app, he/she would see an option to install the app in this window.

The common trend from I/O seems to be two fold. One being AI everywhere, which creates a singular assistant platform which can be accessed for information using any device in the Android ecosystem and possibly expand into other ecosystems as well. Another trend seems to be that Google is becoming very open to work on the iOS platform with most of what they announce being applicable and usable in the iOS platform as well. It would be really interesting to see how these will work going forward in the future.