What do the Ukrainian military and NASA have in common? The answer is that both are using an innovation called HoloLens to grow their capabilities to previously unimagined levels.

For the former, that means creating a helmet that gives its tank commanders 360 degree views of the battlefield, while the latter is boosting research through a 3D simulation of Mars based on data from Curiosity rover.

As Microsoft itself has described it: “Our vision for holographic computing is to transform the world with holograms - seamlessly connecting the digital world with real life. With the ability to design and shape holograms, you will have a new medium to express your creativity, a more efficient way to teach and learn, and a more effective way to visualise your work and share ideas. This means your digital content and creations will be more relevant when they come to life in your world.”

The kit hasn’t been officially released yet, but, for mobile app developers looking to prepare for the future, a Development Edition is now available. At hedgehog lab, we’re all about innovation - so, frankly, couldn’t resist. 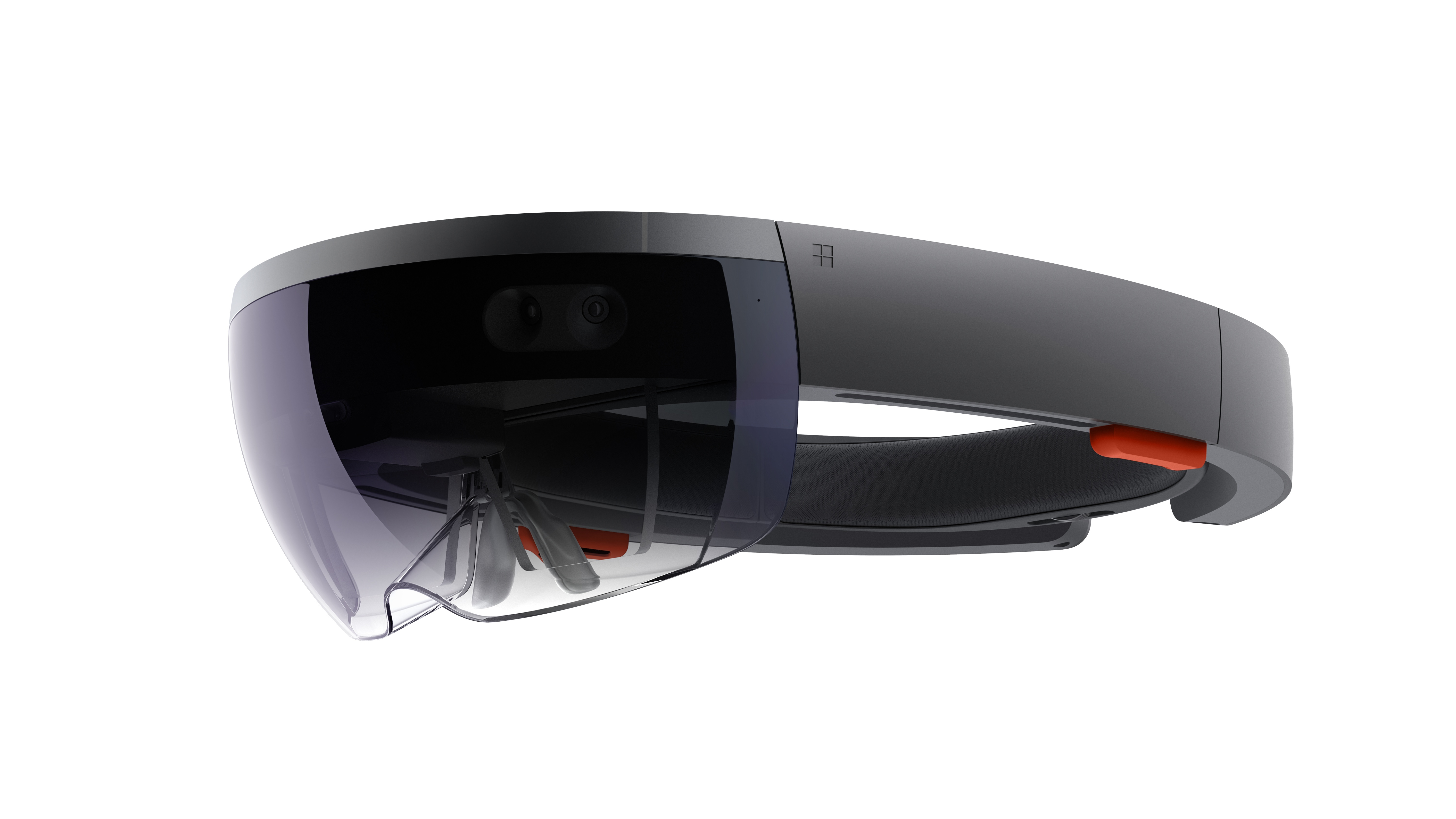 The HoloLens arrived in a sleek (and suitably alien-looking) grey, oval-shaped carry case, in which it nestled snugly. There wasn’t much of it - just a head-mounted display unit, which is connected to an inner headband, adjustable to individual preference through a wheel at the back. The kit also includes a clicker to be attached to one’s index finger.

Overall, initial set-up could have been a great deal more intuitive, and while the kit itself feels comfortable enough once fitted properly to the user’s head, it did prove fiddly to get to that point - particularly since precision is required to ensure the correct field of vision. From there, though, things were simple, the easy-to-navigate menu featuring an interactive guide that takes the user through the basics. 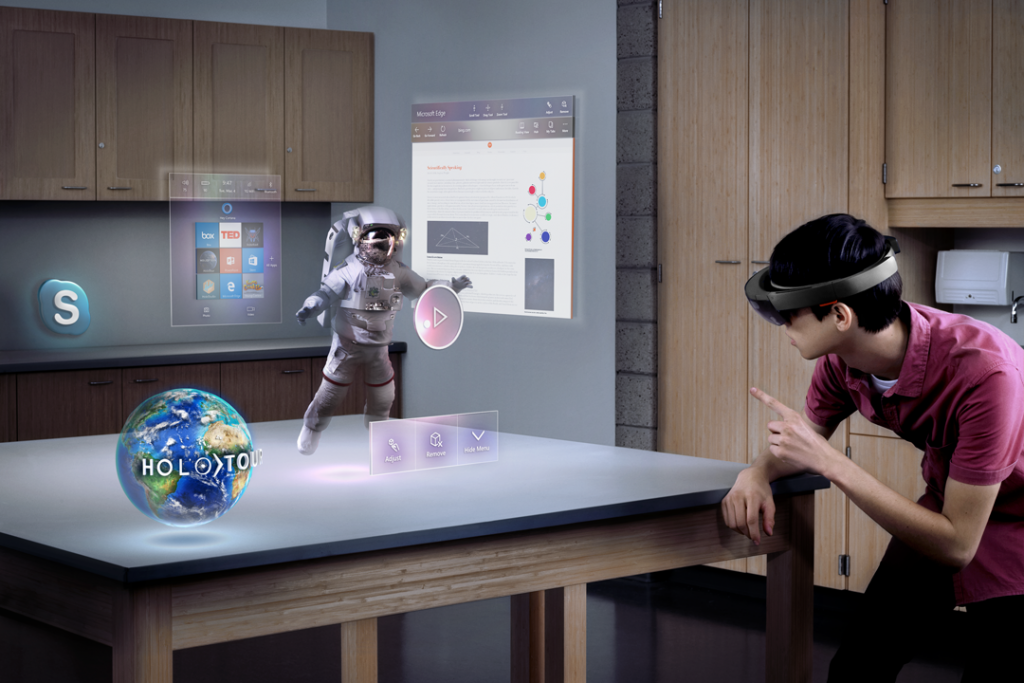 Using the HoloLens revolves around a series of simple gestures, which allow one to interact with the holograms in front of them. Moving one’s head, most crucially, causes a cursor to move in the same direction. Holograms can then be selected by raising a finger (the ‘ready’ gesture) and lowering it swiftly (also known as an ‘air tap’). One can likewise ‘tap and hold’, and should one want to return to the menu, that’s done through the ‘bloom’ gesture (holding one’s fingertips together then releasing them simultaneously). All in all, we were impressed by the level of interactivity this set-up enables, as well by its accuracy and relative lack of glitches. The speakers in the headset were also excellent, allowing the user to pick up the ‘virtual’ sounds clearly without obstructing external noise.

As to the images themselves, we felt that, while the experience was certainly immersive, the limited catalogue of holograms we had to choose from - we crammed the hedgehog lab offices with everything from dogs to bodybuilders - probably did not do justice to the headset’s capabilities. And although the 3D elements of the demo, like gems fracturing into fragments, were indeed impressive, the overall experience had a slight other-worldly feel we suspect will be ironed out in future iterations. Battery life will also need to be considered further by Microsoft since at the the moment it’s utterly dire. 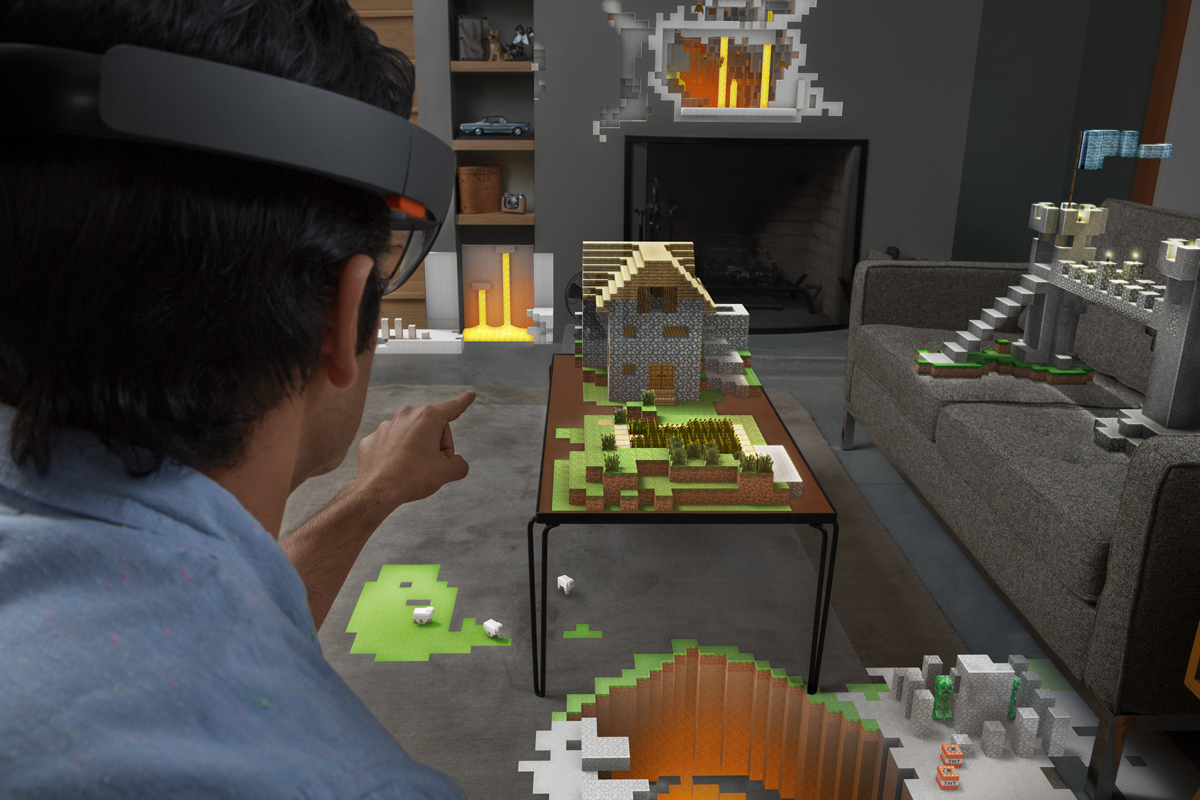 As far a potential uses for HoloLens are concerned, several sectors stand out like a virtual sore thumb - construction, for example, in which it could be used as a means of 3D modelling; or medicine, where it could have a major impact on training in the likes of surgery. Any area, in fact, that requires the sharing of information could benefit - since HoloLens brings both interactivity and location-specific credentials with it.

Gaming-wise, we are already getting a sense of what it can do, with Minecraft - the first game being developed for it - set to offer something very different from the original; instead of the first person view, we’ll get a god-like perspective, meaning players can look at others from above, or dive into the scenery. Given HoloLens’s unique ability to blend the real with the virtual, we also imagine manufacturers would look into providing virtual versions of products so consumers could, say, check how they looked and fitted in their own homes without the need for the object itself.

This is, in other words, tech with potential and we have no doubt it will become ubiquitous. As cool-looking and impressive as the current version is, though, it ultimately feels like a prototype that will be improved upon significantly. With a price tag of several grand including shipping, Microsoft will also have to think seriously about how it’s going to bring it to the consumer market. That feels like a challenge at the moment - but in the tech world, anything’s possible.