Social networking - Love them loathe them it’s your choice.

As I write this post I am compelled to think of the different mediums of communication that existed in our lives. I still remember using a telegram to communicate something urgent to my friend or sending a greeting card or a bunch of flowers to my friends on their birthdays.

Certainly, times have changed and we see these practices fading away day by day as social media takes over our lives. Social networking sites today do have a very strong impact on our lives as we constantly dwell between our real lives and digital identity and are slowly taking control of our lives.

To give you some proof, let me narrate you the tale of Justine Stacco a PR consultant who posted the following tweet prior to boarding a flight - 'Going to Africa. Hope I don't get AIDS. Just kidding. I'm white!' Little, did she know that her words would be twisted out of proportion and would cost her job after it was re-tweeted by tech blogger Sam Biddle to his 15,000 followers. Her phone was switched off and as she slept in the flight during the course of her journey, while all along the way Twitter took control of her life and dismantled it.

Her employers thought that it was an outrageous comment, and people around the world thought it was their duty to get her fired from the job. People openly expressed their emotions  and there was no chance for Justine to justify. A social media trial with an impartial hearing and a harsh verdict.

The user base on these mediums is bulging and our secondary research at the hedgehog lab indicates the strong hold of the social medium over the masses.

Starting with Linkedin, which has become the dominant professional social network maintaining records for resumes and profiles of professionals seems to be a promising network site. The fact, that it lies on the bottom of the table indicates the growth potential of the social networking site.

Niche professional websites like Doximity catering to doctors and health professionals are also on the rise. Nearly 40 percent of the U.S doctors are today on doximity as special professionals like doctors have different requirements (for instance HIPAA compliance).

Other notable areas where professional networking social sites seem to be working include is for individuals with military experience. For instance, ‘Rally Point’ termed as the LinkedIn for the military” has made good strides in assisting war veterans to find employment.

Linkedin can also potentially look into enrolled college graduates or freshly graduated college students. Piazza , the vertical network has built a base for nearly a million college students and has compelling engagement metrics for the population. 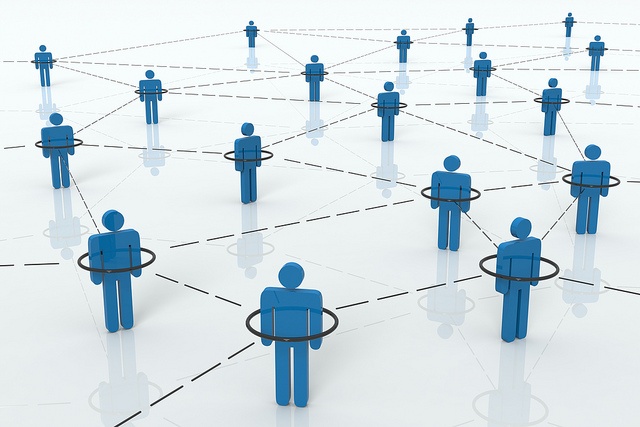 Think software engineers (GitHub), mechanical engineers (GrabCad), data scientists (Kaggle) and academics (academia.edu and ResearchGate) and eureka we have a site for each of niched professions.

The rapid rise of these professional networks tells us a story that these platforms facilitate things which other network platforms may not do. For instance, GitHub revolves around the capability to commit code and Academia.edu offers the capability to share research papers.

The trend seems positive and promising for professional networks and if you don't believe there check out the site called Mudrack which exists for journalists so that they may see the reactions that trend first hand while they write the stories. Phew! that sounds unbelievable right? Anyway’s forget it for now.

"With 40% Of U.S. Doctors Signed On, Doximity’s Jeff Tangney Reveals How The Social Network For M.D.s Hit The Tipping Point." - TechCrunch.

"With Box, Yelp And Palantir On Board, Piazza Lands $8M From Khosla To Bring Recruiting To Its Social Q&A Platform For Students." - TechCrunch.