Law enforcement and public safety is a critical issue that requires real time information and interaction to be implemented effectively. Mobile communication is the lifeblood of law enforcement, and is rapidly evolving with advancements in technology. The transformation from the public safety radio system to connected laptops in vehicles and Internet-connected mobile devices shows no signs of slowing down. 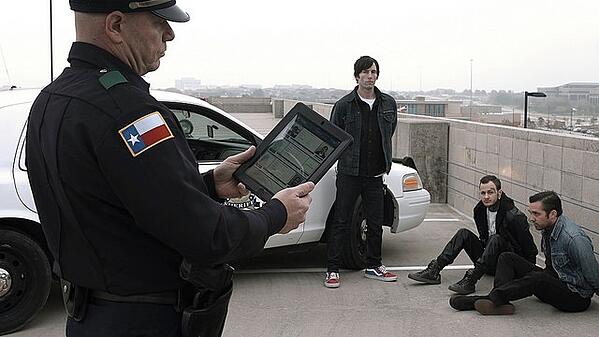 These new devices and applications are forcing a shift from traditional connectivity, such as wireless pass-through, to centralised network solutions like the ‘car-as-a-platform’ or officer hotspots that enable multiple device connectivity.

A single access point is the answer to all the connectivity issues commonly experienced through multiple paths, providing a more seamless and secure user experience for in-field officers.

A New Frontier of Connectivity 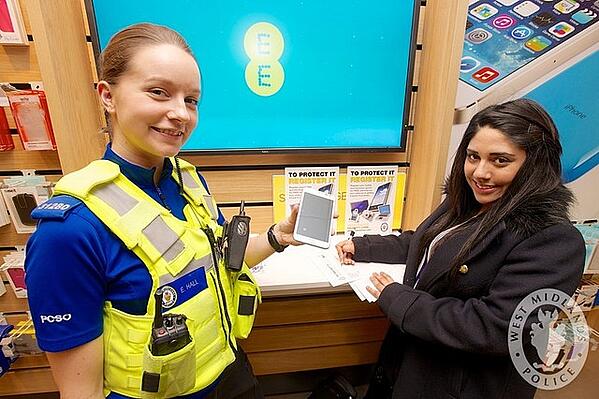 Public safety agencies are upgrading from portable solutions to truly adaptive mobile platforms, such as the R12 Rugged Tablet PC, so that their officers carry a single device that can be easily used in their car, office and home.

This added flexibility enables departments to give officers more choice as to how they use their computing devices, which equates to improved efficiency, accuracy and safety. Wearables in public safety will begin to evolve from recording devices to wearable heads-up display (HUD), providing an extra layer of situational awareness for officers.

With the advent of the Internet of Things (IoT), drones, police cars, tablets, cell phones, printers and now even refrigerators are connected to a larger network through the internet.  The interconnectivity of these devices will facilitate smarter streets, buildings and cities, because these devices will be able to ‘talk’ to each other by sharing a common infrastructure backbone.

Police officers will soon be surrounded by a web of connectivity, linking them to dispatchers and information sources. Instead of traditional radios, they’ll wear devices that let them communicate via voice, data and video. Using sophisticated analytics, these devices will be smart enough to give officers only the information they need — alerting them, for instance, that someone’s approaching from behind — while filtering out nonessential data. Innovative display technology will deliver this data without distracting officers from the real-life environment around them.

Unbundling has been adopted by public safety mobile app developers, as  increasing number of law enforcement agencies seek ways to reduce costs and increase efficiency. It also means that agencies only pay for the solutions they need.

The Worcester Mass Police Department recently unvieled a free police app to its residents allowing them to access police-related news, crime maps, social media alerts, a police scanner and the ability to submit an anonymous tip to the department. Mobile app developers are coming up with dozens of new apps empowering current officers , future officers as well as apps for public safety. Mobile app developers like hedgehog lab who are part of the Digital Marketplace are positioned to offer mobile app design & development to public sector including law enforcemet departments.

As 50 percent of law enforcement officers are aged 30 or younger, contemporary technology has a significant influence in this sector. In turn, user trends shape what mobile devices look like and how they work. Technical components such as new displays and user interfaces offer better functionality, efficiency and energy management. 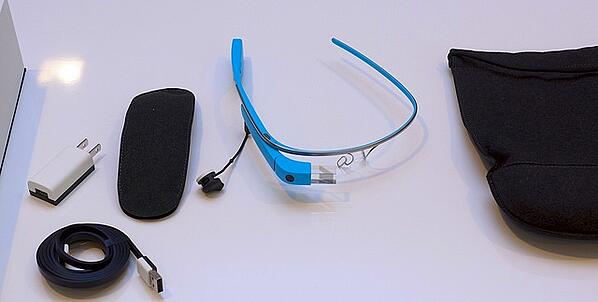 Whereas mobile devices require you to look at and physically interact with them, wearable devices offer a new level of intelligence. Digital Assistants like Siri offers hands free operations by accepting voice commands. These platforms must become an analytics engine that synthesises not just the Siri-style Web-based look up, but that is contextually aware and able to bring the right information to the right person at the right time.

Police officers love the look and feel of devices like Motorola’s LEX 700 — this rugged broadband device has a great user interface that changes depending on his/her task; one minute they could be writing out a traffic ticket, the next they could be responding to a fellow police officer who needs backup. Such devices go beyond simple queries, analysing and synthesising data to provide relevant information for the particular situation.

The key point here is that the technology-to-human barrier is being lowered. As technology gets smarter and user interfaces improve, a mobile device becomes more of an extension of the body rather than a separate piece of equipment. People want wearable tech devices to be as unobtrusive as possible; display technology and analytics are helping to achieve this. 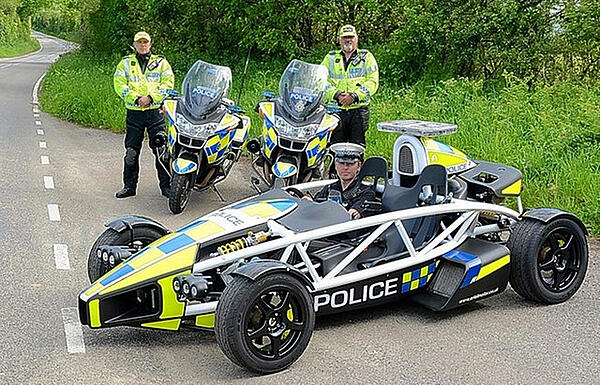 In the near future, we will see devices that have many bands of capability and/or many different methods of access within them. Multi-networking allows the device and network to make decisions about which path to use, depending on the needs of a specific situation.

Let’s take a look at how this would work in action. In the future, officers will be surrounded by a personal area network that connects all the devices that he or she is carrying. Around their vehicle, there will be an incident area network; surrounding that would be a sophisticated wireless infrastructure to support communication.

Police vehicles could be equipped with 360-degree video cameras, to constantly monitor and record activity. With a powerful computer and broadband connection inside, this video could be streamed directly to command and control.

If an officer intercepted a vehicle, the police vehicle could immediately read the license plate and run a real-time license plate check. It could also recognise the colour and type of vehicle it stopped, and determine if the vehicle description matches the license plate; the same correlation could occur with registration information. All of that information could be entered automatically without the officer writing a thing.

Meanwhile, if the police officer wore glasses with a built-in forward-facing camera, it could capture video of the scene and deliver an augmented reality experience. This would enable officers to concentrate on what’s happening in front of them, whilst logging additional information about the scene and the person they stopped.

Furthermore, officers in the field will increasingly be able to plug into information from city assets — like video surveillance cameras, biometric sensors and motion sensors — to gain even more information about what’s going on at the scene.

Reducing the Burden of Law Enforcement

Police forces around the world are under growing pressure to provide an ever-increasing quality and scope of services, causing stress on the available resources and adding to an already high level of administrative paperwork.

A reduction in manual record keeping and travelling back and forth to the central police station between incidents could save officers a significant amount of time, and improve the efficiency of law enforcement bodies. The regional police force has unveiled Police Media Uploader, an app that allowed officers to capture images, video and audio in the field, fill in a form with relevant case information and upload it to a central asset server. Officers could spend more time focusing on policing their communities, and fighting crime in real time.

By giving immediate access to information stored on national computer systems, technology can help reduce the time lag between detection and apprehension. This also has the potential for cross-force, cross-region, cross-country collaboration.