This item was originally written by Emily Hewitson.

Personas and behavioural archetypes are two of the most common techniques employed by user experience researchers. Here, psychology specialist Emily Hewitson explores the benefits of disadvantages of both methods, offering advice on when either should be used and when they should be avoided.

Anyone with any interest in research, as well as those who've been working in or alongside the design world over past couple of decades will have undoubtedly heard of personas and maybe even of behavioural archetypes.

The two methods are heavily used within user experience research and are used as tools that enable users to remain a constantly present figure throughout the design process. Both techniques were initially developed as a psychological theory by the Swiss psychiatrist, Carl Jung. Jung was a protégé of Freud, a name which even someone with minimal psychological knowledge will be familiar with, and indeed both behavioural archetypes and personas are extensions of some of Freud’s early theories.

Behavioural archetypes are described by Jung as a collective consciousness that people from all over the world share. They are overarching thoughts, feelings, opinions and emotions which can be used to classify someone as a certain type of individual. Individuals can be classified as falling into more than one archetype, which then collectively build up into the individual's personality. Myself and my colleague Caitlin Vitty prior to some user testing.

A persona meanwhile is described as the part of an individual's personality which develops as a reaction to their environment or through convenience. Fundamentally, it is the mask that you allow other people around you to see as opposed to the face you wear when you are alone.

Personas and behavioural archetypes have slowly developed over time into their respective current forms, and are regularly used as tools to increase understanding of users.

Modern personas are used in design teams all over the world. Personas, as a concept within design, were largely developed by Alan Cooper who stated that: “Although they are imaginary they are defined with significant rigor and precision. Actually, we don’t so much ‘make up’ our personas as discover them as a byproduct of the investigation process.”  From this definition, it is clear personas can be incredibly useful when you need some guidance during work on a specific problem or product feature.

Personas are typically presented in a similar style each time. Each are given a name, picture, age, occupation, lifestyle and even brand preferences. These can be useful throughout the design process as an individual to hold standards towards; “Time-starved Tim” can have a love of efficiency as well as a bigger personality. Personas are a great instrument for developing empathy between the design team and end users. They can also act as a useful reference point to look back upon during sprints to ensure that the needs of the users are being met. 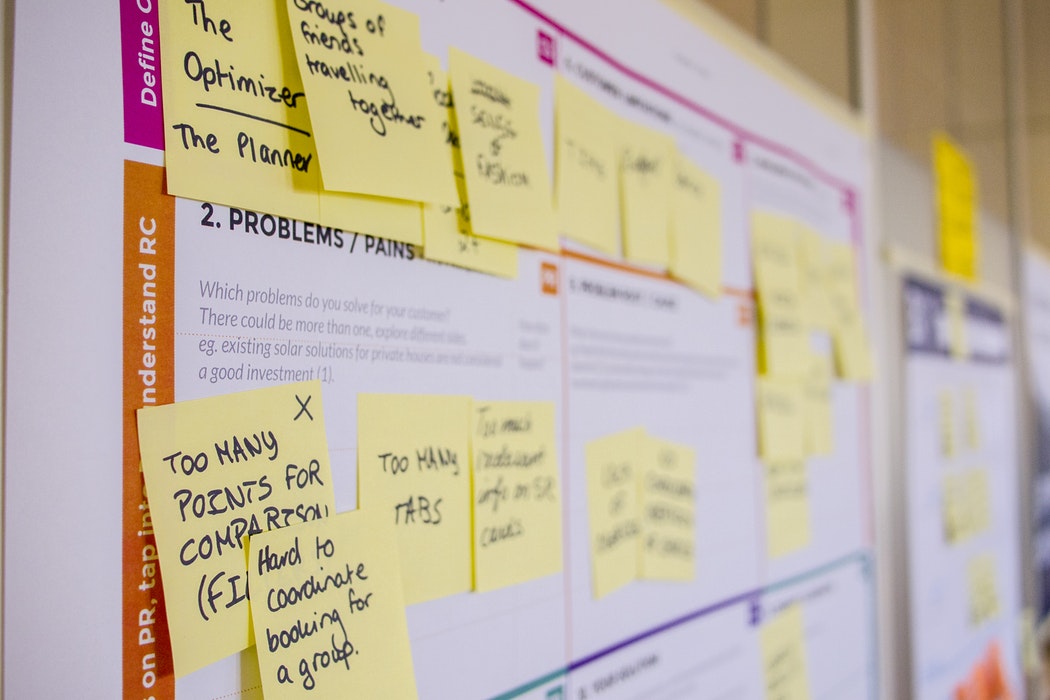 Personas can be useful to look back on during product development.

There are however a number of reasons that using personas can be problematic when using them within user research. Personas primarily focus on how a specific user type will interact with a product. This can be a disadvantage as there is no one specific user, and designing as if there is only one can cause issues further down the line.

Personas can also be reductionist via the creation of an empathy-driven solution to a design issue. This allows for protection against design risks. These reductionary views can be underwhelming as well as unnecessary. Personas often create a trap of handling too much uncorroborated information - who really needs to know that Janet has nine golden short-haired cats when the final product is to do with a car wash?Behavioural archetypes

Modern behavioural archetypes are much less introspective than personas as they are not as restrictive, though still provide enough information to guide product design. Behavioural archetypes tend to be the representation of a mental model for certain people, such as an angel or a rebel, where after a period of time you will be able to depict what that individual looks like and what features define them.

Archetypes are developed around general user behaviours and characteristics and don't really refer to one whole person, more so a group of people who all have similar behaviours and thought processes in relation to a situation. These in-turn allow for a data richness, with the flexibility to allow for change; an attribute which sets them apart from personas.

Myself and my User Experience Research Team colleagues.

Resultantly, the number of possible archetypes are limitless. However, there will only ever be a limited amount of archetypes which are formed in relation to a specific product/service. This can limit their use in projects that require visualisation of all users. However, behavioural archetypes allow and acknowledge that there is a larger and more dynamic user-base and effortlessly allow for generic human qualities to be transformed into design criteria.

After reading about these techniques, the next question people ask is should they use personas or behavioural archetypes?

There is no straightforward answer: the correct technique will depend on what you what you are prepared to do. If you or someone in your team has not conducted proper user research beforehand though, don’t use either! Without research, both of these techniques will be guesswork at most and will not return nor represent any real data.

After this, the only other thing to consider is the type of project that you are running. Both techniques have their merits and so are better suited to different types of tasks. A persona is better when the designer needs to visualise the end user and their goal for a product, as it will give the personalised data needed. However, when wanting to build a fuller brand identity, or a fuller overarching theme to hold behind a product, then using a behavioural archetype will be more advantageous as it holds a wider view of the product.

What do you make of the techniques? Do you agree that either should only be employed following user research, or can they still be of use? Let us know in the comments below or over on Twitter, @hedgehoglabUXR.