The immersive technologies, virtual reality (VR), augmented reality (AR) and mixed reality (MR), are already causing ripples of disruption across various industries with the entertainment industry the primary driver of this shift. However, immersive storytelling is going to have a much wider business impact than merely for entertainment purposes, and businesses need to be ready for the upcoming skills challenge.

Fundamentally, immersive technology is viewed as the ultimate entertainment medium, providing unparalleled immersion and absorption. If films, games, music concerts, TV shows and even art exhibitions provide an escape from the everyday, then the pushing of the immersive technology envelope is a reaching towards complete escapism.

A 2017 study by Goldman Sachs underlined the centrality of creative economy businesses to the uptake of VR, AR and MR, with the likes of gaming, live events and retail expected to make up a fair chunk of the projected $95bn immersive tech market by 2025. 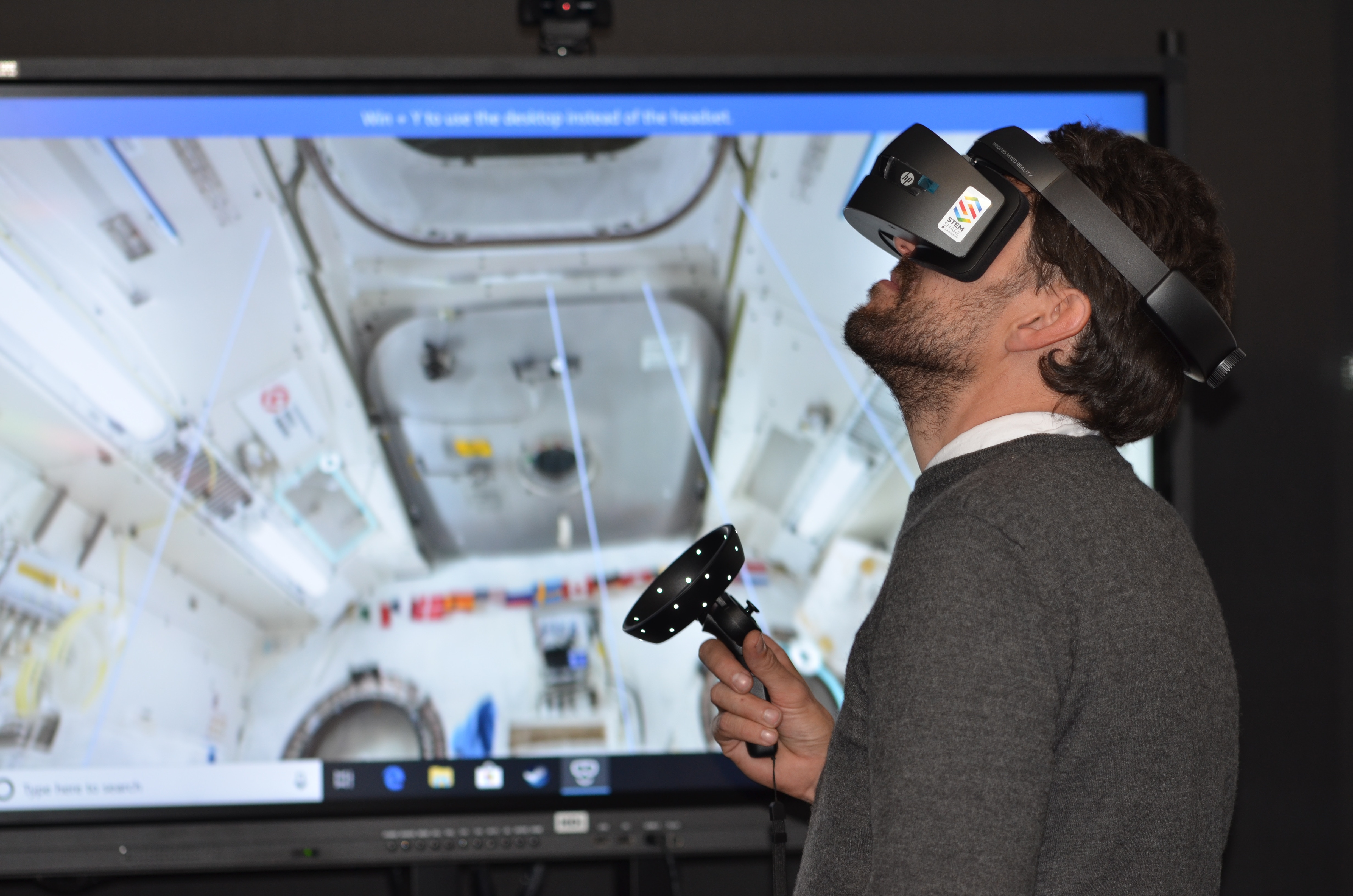 'Entertainment' of course, means more than just computer games and television. It can encompass everything from museum exhibits to advertising experiences. It could even be argued to encompass corporate training courses, although anyone who has toiled through one is likely to vociferously disagree.

As our work on the Stephenson's Rocket VR exhibition at the 2018 Great Exhibition of the North demonstrated, the potential uses for immersive technology are endless and, if the impressive visitor totals are anything to go by, there's a real appetite for the technology amongst the general public.

With such a massive market up for grabs, the battle for dominance is already well underway with brands, companies and even nation states vying for position in the nascent market.

Immersive experiences have already moved way beyond the confines of the hobbyist's bedroom and into shopping malls and mainstream media and it'll not be long before brands and enterprise will have to become adept at their own forms of immersive storytelling as a matter of necessity.

Inevitably, a new medium and new formats require a whole new set of skills and immersive entertainment is no different.

Of course, VR development shares many commonalities with 3D game development with many games developers making the easy leap over to immersive technology production and bringing their talents in creating believable, living 3D spaces with them.

Clearly it's not on the technology side of things the biggest mindshift will have to occur but, rather, on the ideation, planning and execution of immersive experiences.

This shift, which will have major repercussions on your organisation's marketing, customer experience and design teams, will require a skills mix more akin to film production than the day jobs that they're currently used to.

It's early days yet, of course, but long-sighted businesses should already be thinking about how they will manage this inevitable shift. Meanwhile, the truly pioneering organisations are adopting these techniques and methodologies already.

The National Centre for Immersive Storytelling

Training up the next generation of immersive storytelling talent isn't just the preserve of business. Government and academia must also be in the mix and here in the UK the government is hoping to galvanise the country's prominent position as immersive leaders with a range of initiatives, including a new centre dedicated to immersive storytelling.

At the back-end of 2018, the UK's Science and Innovation Minister Sam Gyimah outlined the government's ambition for the country to be a world leader in immersive storytelling content by 2025.

To facilitate this and to further cement the UK's as a global hub for immersive technology, the government unveiled the new National Centre for Immersive Storytelling: StoryFutures Academy which has just opened its doors in London.

The new centre, a partnership between the National Film and Television School and Royal Holloway, University of London, brings together creators and academia to provide training and experimentation with new forms of storytelling using immersive tech.

With funding coming from Innovate UK's £33m Audience of the Future programme, the new centre marks a major push by the UK government to become a world leader in immersive storytelling in the next decade.

For forward-thinking businesses this means not just a steady stream of talent entering the job market over the next decade but also a more vibrant pool of suppliers, businesses and experts to share knowledge, expertise and best practice.

The methodologies that develop and grow in sophistication from the entertainment industry's utilisation of immersive technology and storytelling will increasingly make itself felt in industry and enterprise too.

Just as customer experience and marketing have taken onboard characteristics of the gaming and movie industries, so too will they draw inspiration from immersive storytelling and businesses need to be ready for it.

With seamless interoperability and experience a necessity, MXDPs and digital multiexperience itself, will become ubiquitous in the coming years and immersive technology will form a central tenet of it.

This might seem daunting for organisations who are already struggling to join up user and customer experience from web to app, but mastering effective immersive storytelling will provide enormous opportunities for brand awareness and user satisfaction.

Businesses who are tuned into this fact now will be perfectly placed to seize the enormous opportunities that immersive storytelling is set to provide in the coming decade.