Earlier this month, I and four of my colleagues attended Thinking Digital Manchester

As a first-time attendee of TDC I thoroughly enjoyed the entire day and gained great insights from all of the speakers. However, perhaps due to my background in human-computer interaction, the stand out talk for me was Amber Case's presentation on Calm (and Intrusive) technology. After her talk she handed out free, signed copies of her book, but as expected the queue for this was very long (an indicator that her time on stage had interested many more than just myself!). I bought her book 'Calm  Computing'  the next day. Having since read that book, I want to share what I have learned from it and Case's talk, and how I can apply this newfound knowledge in my day-to-day work.

Amber Case researches and studies interactions between humans and computers and how our relationship with information is changing the way cultures think, act, and understand their worlds (from her website).

In her talk, she uses the example of the panic that ensues when we lose our mobile phone. Although ubiquitous, when we think we are without it, many of us feel completely lost. Calm technology should have the opposite effect, still ubiquitous, but keeping everything in the background and nothing at the forefront, being obtrusive. Technology that does what it is supposed to do and enhances our lives, but without us realising or remembering that it exists. If we need further proof that mobiles can be intrusive, think about why they are illegal to use when driving. They have been designed to require our full attention. Why do they keep people up at night? And why has this been argued to have contributed to increased mental health issues?

I wonder how can these devices be less intrusive and more 'calm'. " A good tool is invisible, it doesn't intrude on our consciousness" and therefore, when designing any technology we need to focus on the task not the tool! This concept can easily be applied to app design, as I can explain. 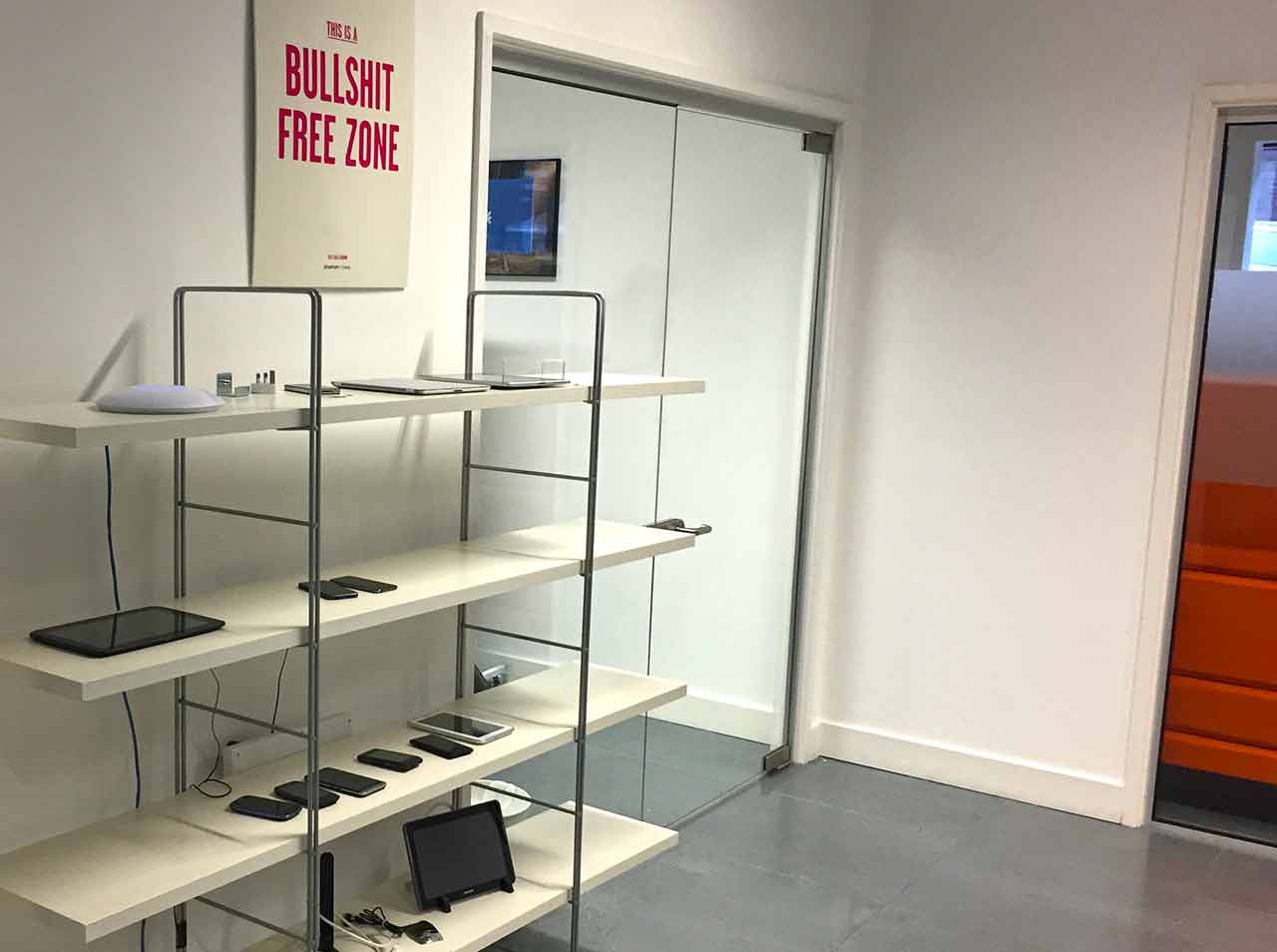 Here an inner office window at hedgehog lab - if there is a meeting going on inside, people will not to come in or knock, and the people inside can talk without being heard or hearing the rest of the office.

There is an infinite amount still to learn about humans' relationships with technology. For instance, in her talk Amber Case asks why technology hasn't solved all of our problems yet? To which she answers that the problem is humans and context! Nobody needs to reiterate the fact that humans and all living creatures are very complex in nature. Smart kitchens are deemed dystopian by some, and there are certainly some sound arguments for that. But this concept of dystopia is entwined with technology; technology has the power to know so much about us. Misuse of personal data is a concern that many hold. How can we make the Internet of Things work for us and not against us? Plus there are practical considerations; all these connected devices are going to take up bandwidth and power, for example.

And so we see, there are many devices for each of us and for this we need both physical and cognitive resources - the latter, at least, can be resolved by Calm Technology.

The lessons that Amber Case pinpoints when designing technology to be calm are: Empower the periphery, use all of the senses and don't lose the human. Case suggests some specific examples of when calm and un-intrusive technology are required such as  when something is of a sensitive nature. For example, if a diabetic needs their insulin, beeping is not necessarily the most appropriate way of notifying them. Instead a much more discreet method, such as haptics, could be used. Be mindful of how the user is going to feel when they interact with the technology you're designing. Privacy is important and we don't want our devices to project personal information out loud. "Technology should communicate but it doesn't need to speak". Apps regularly utilise notifications and these should be considered carefully. We should also think about enabling the user to turn off the notifications in-app, or reducing them so that the app doesn't always draw attention to itself. 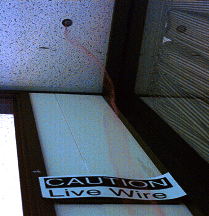 The daily string at Xerox PARC (image from JohnseelyBrown.com)

Amber Case goes on to explain some 'boring but calm examples of technology, suggesting that being boring is 'the point!; these examples were from the paper 'The coming Age of Calm Technology' by Mark Weiser and John Seely Brown in 1996. The office window, kettles, land the dangling.

The office window does not remove privacy, but it does imply the occupancy or vacancy of an office in an ambient manner. Kettles do their work and don't require our attention until they have boiled the water, usually communicating with a simple 'click' sound. And finally there is the dangly string which was an art project at Xerox PARC; a string that moved when lots of packets were moving through the network. These examples communicate simple messages, that we need to know, without bursting into our attention, without drawing attention to themselves.

In her book, I especially love how Amber Case describes how future technology should be: elegant, humane, un-intrusive. The message I take from Case, is the importance of considering how we can design technology "that becomes a part of life, not a distraction from it."

You can buy her book here.