Many assume brick and mortar retail's time is limited. Head of Design, Ray Clarke, debunks the myth and explains how brands are integrating technology in-store to protect themselves against the continued rise of online retail.

Let's clear something up. The high street is not dead.

Yes, online shopping is booming. However, the furore every time an acclaimed brand ceases trading is unwarranted. A harsh reality: brands that fail to move with the times get what they deserve.

In the first half of 2018, UK consumers spent £147bn in store, indicating growth of 2%. While online spending has increased by a much meatier 15%, it's important to contextualise this by noting that it totalled £31bn, meaning of the total market, online sales represent under a fifth.

It's all just a matter of scale. Let's look at it another way. You've got a 10" pizza, and you're down to the final slice. You're not disgusting, so you're not saving it for breakfast, and besides, you've got this far - why quit now? Surely you can make room for that last slice of pizza. What if the pizza and slice are five times the size? All of a sudden it looks a much harder job for your stomach to squeeze in the mammoth pizza, let alone tackle that final slab.

What I'm getting at is that it's easy to lose track of the fact that despite dealing in small percentages, we're still talking about increases on the scale of billions of pounds. 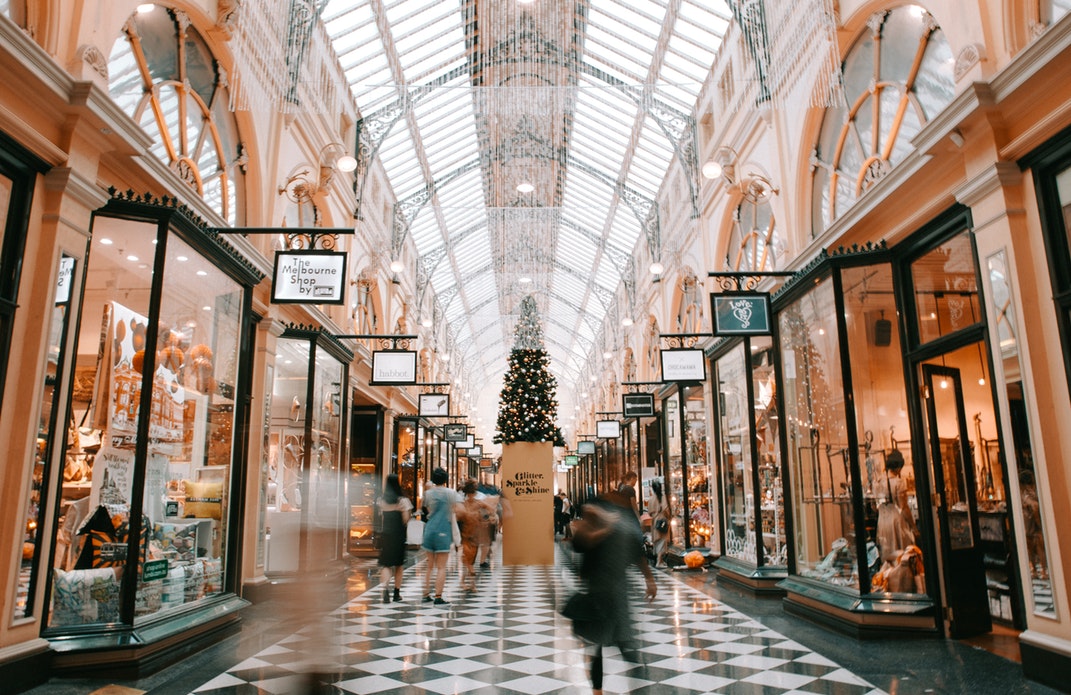 Image by Heidi Sandstrom on Unsplash.

As an industry, traditional high-street retail has earned itself a reputation of being slow to innovate. But after placing mobile at the forefront of innovation efforts, there's a growing sense that attitudes are changing.Light bulbs (those that represent an idea, not that a store is open) are now popping up above logos of some of our well-established traders. There's plenty of room to get more from mobile, and it's undoubtedly the most accessible starting point, but that's precisely the point. Why stop there?

In this blog, I'll be taking a look at the merchants already blending the digital with the physical. By the end you'll realise that proclaiming the high street as dead is like thinking Christmas will never come around again. It always returns, and while it'll still have some tainted tinsel-eyed operators, you'll have plenty of new stuff to love.

Where better to start than one of the most forward-thinking operators to have graced our high streets? Argos' use of mobile technologies is responsible for a complete turnaround in perception.

Owing to extensive digital transformation efforts, Argos has developed into an omnichannel kingpin. This status is underpinned by the company's claim to have generated over £1bn of mobile sales in the space of 12 months - in fact, it was a feat they were the first to achieve as far back as 2015.

Recognising their market's desire to shop on the move, Argos moved to invest in their mobile platform while simultaneously exploring and implementing ways to transition the business to a 'click and collect' focused model. 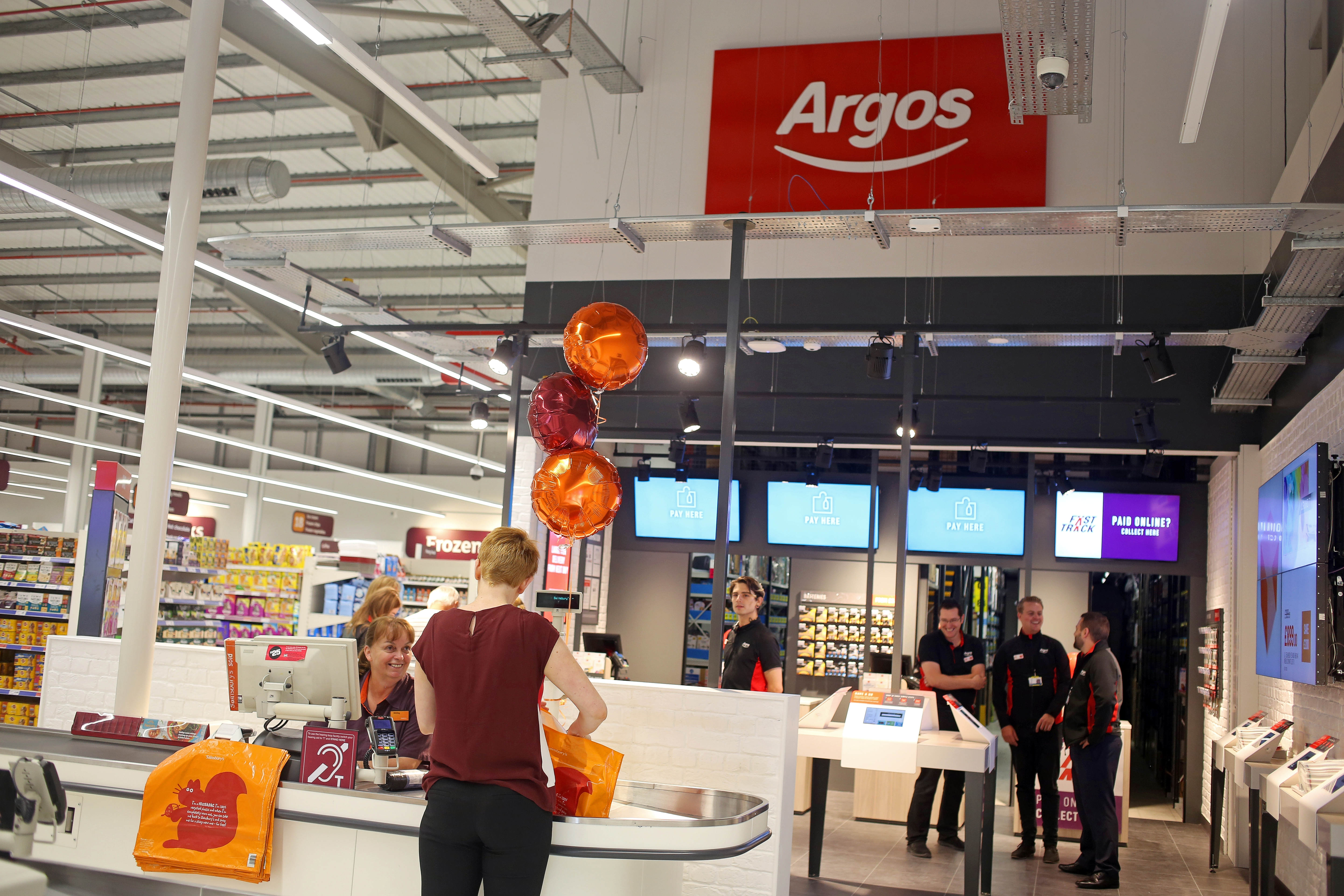 An Argos collection hub in a Sainsbury's supermarket. Image by Sainsbury's.

Having initially launched numerous 'hub and spoke' stores in 2015, allowing same-day collection of up to 20,000 products, Argos reiterated their desire to become a pickup point earlier in the year. Initially revealed five years previous, the company's Fast Track collection offering finally came into fruition in July 2018, promising in-store product pickup availability as quickly as 60 seconds after ordering online or in their app.

Of course, the brand's sites have also come in for a facelift. More simplistic use of technology has proven popular. Long gone are the days of bite-sized pens and morbidly obese catalogues, with sleek tablets hosting all the information a customer could need. These devices serve another purpose too, providing reassurance for perhaps less tech-savvy customers that Argos' popular digital platforms are going to be just as easy to use.

Argos is one of few brands who could perhaps be justified in claiming they're getting the most from mobile. As a company who are feeling the benefit of putting their faith in mobile and digital, it's surely only a matter of time before they begin to explore how they could integrate other technologies that are on the brink of mainstream adoption. Don't be surprised to see XR tech like augmented and virtual reality make their way into flagship stores shortly.

I'm a big advocate of the work Zara is doing to reimagine shopping experiences. The brand's efforts enable customers to enjoy browsing without forced interactions with salespeople, while still ensuring those who do enjoy the assistance can access it via technology.

There is little doubt Zara is continually fighting perception issues. Customer review site Trustpilot hand the fashionistas a solitary star in their rating system, showing there's plenty of work to do to become as well established as their competitors.

However, there is hope yet. Another brand to recognise the value of reducing customer waiting times, Zara took the perhaps unusual move of installing self-service checkouts. More common in supermarkets, the machines allow customers to beat the queue (or more likely to avoid speaking to a human). 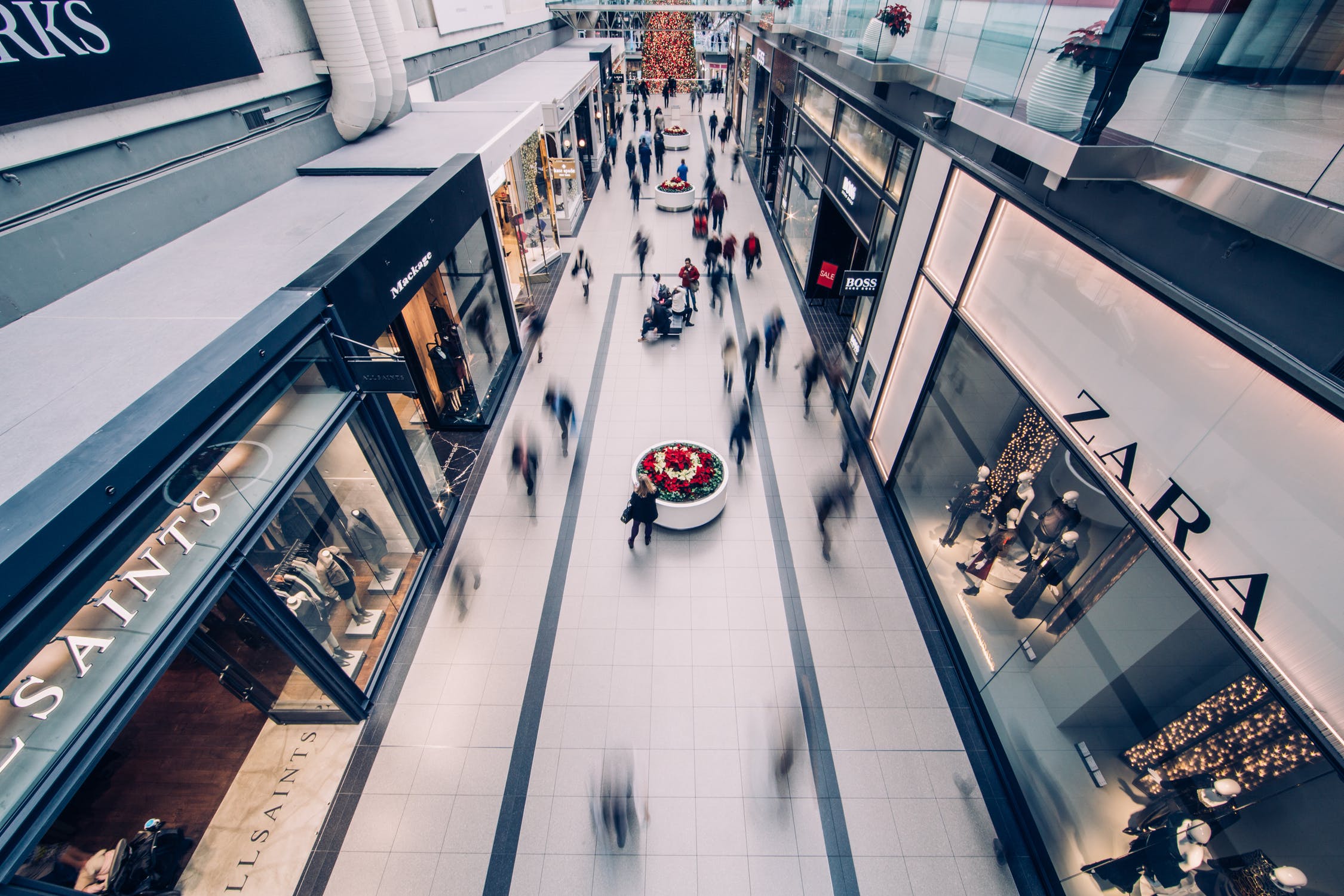 A branch of Zara in Liverpool. Image by Burst on Pexels.

Zara's mobile app now offers customers an augmented reality feature that enables shoppers to fuse digital and in-store experiences. Making mannequins a thing of the past, users can now open up the app, point their camera at clothing and bring it to life by activating AR video.

The feature remains in its infancy and critics remain sceptical of shelf life. Whether it proves a long-term success or a flash in the pan, Zara should not be put off in pursuing CX-boosting integrations of tech in stores. Indeed, some might argue it must continue to lead it.

Having shown interest in AR already, it wouldn't be a surprise to the brand follow the lead of the likes of Timberland and Charlotte Tilbury stores, where augmented reality mirrors and virtual fitting rooms are already popping up in-store.

Urban Outfitters is a brand that is well-known for iteration and innovation. Creative Director, Stephen Briars, describes every store as an "experiment" and their logo even changes by season.

Despite its experimental nature, within the brand runs a theme of simplicity, from store design to those logos. The minimalist characteristic is one of few that the company ensures is existent across all premises.

So while simplicity removes some design challenges for the company, it does present an apparent hurdle in the delivery of technology. With physical retail arms increasingly representing a hybrid of tech and tradition, Urban Outfitters most likely have a tougher job than most on their hands.

Regardless, this hasn't stopped them from exploring how they can use tech to improve customer experiences unobtrusively. 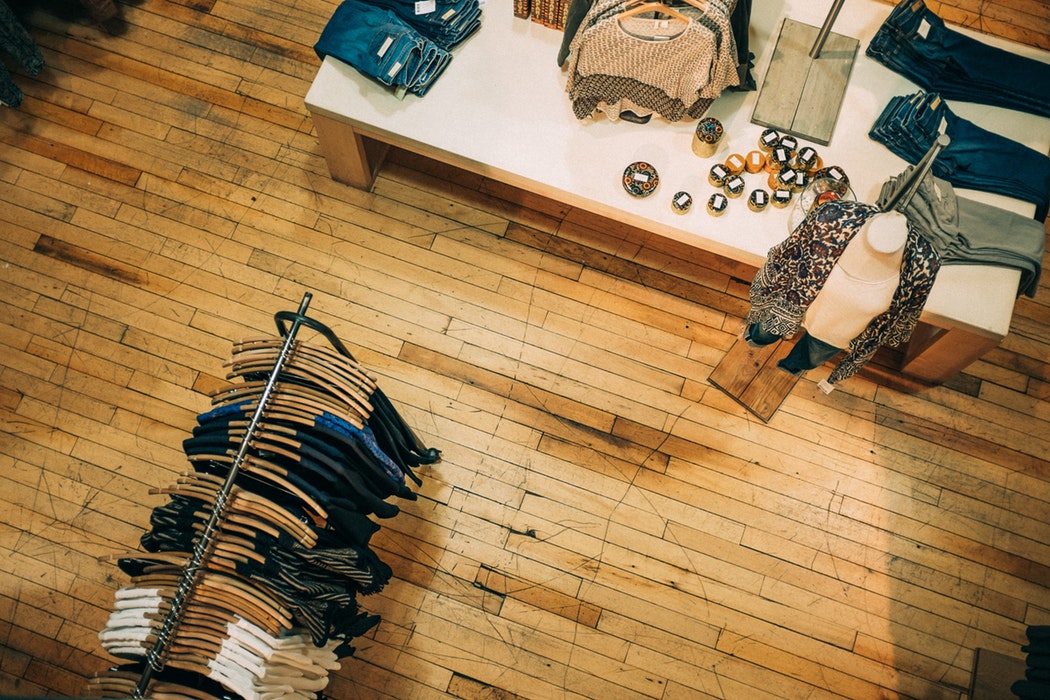 Image by Ashim D'Silva on Unsplash.

In addition to introducing the industry standard offering of click and collect, the company remains keen on proximity marketing. With the focus on three areas of the store (entrance, fitting rooms and checkout counters), beacons are used not just to upsell but to enhance experiences, providing access to rewards and unique events.

The subtle nature of beacons ensures an enhanced shopping experience that perfectly fits Urban Outfitters' brand. More importantly for other retailers, it shows effective integration can be achieved no matter your brand's personality.

Briars himself reinforces the need for good fit, describing his company as "low-fi" and hammering home the point that they will only ever implement tech in a "very Urban Outfitters way."

Accordingly, it's unlikely you'll be served by a robot in one of their stores anytime soon. However, more understated uses could be on the horizon. While mobile will likely remain at the forefront of efforts, do expect to see the company merge this with advances in artificial intelligence to personalise and enhance store visits.

In our research of just three brands, we've been able to unearth how retailers are using tech differently. Some will focus on the seamless unification of digital and physical retail, some will see tech as a tool to enable 'wow-factor' and some will only subtly thread tech into their stores.

What is clear is that whatever the use case, the future of successful brick and mortar retail warmly embraces technology. Brands that have previously paid the price for failing to adapt to the developing desires of the market remain only as a memory and should offer just warning to those who occupy units in our town and city centres.

Of course, it is still early days for in-store tech, and with every innovation and investment comes a level of risk. But first-movers can also start to reap the benefits now; if AR mirrors are to become the norm in fashion shops for example, they aren't going to be unique and drive additional traffic for long.

Stories of physical retail's demise are clearly greatly exaggerated, but critics of its current state aren't wrong when they suggest our high streets will change dramatically in the near future. Far from dying, retail is simply evolving.

What is the most impressive use of technology you've seen when out shopping? Let us know below in the comments section or share it with us over on Twitter, @hedgehoglab.