In an update of one of our most popular posts, we’ve revisited our list of some of the best Augmented Reality Toolkits and SDKs around to give you the full lowdown on AR development in 2019.

For the uninitiated, augmented reality toolkits are coded software libraries that enable developers to build Augmented Reality apps using languages like C and C++. Such libraries, which were initially available for free, were developed for research and non-commercial purposes.

However, with the rise of powerful smartphones, other digital gadgets and improved applications, newer commercial toolkits assist developers in creating and constructing mind-bending AR apps.

Here, we will look in more detail at the different toolkits offered by various providers, assessing their features, and weighing up their advantages and disadvantages in 2019.

Launched as open-source code, ARToolkit was eventually acquired by Daqri, which now provides a commercialised version. The SDK works across various platforms, including Android, iOS, Windows, Linux, macOS and SGI.

Among the kit’s capabilities are black square and planar image tracking, 2D image recognition, camera calibration and optical HMD display support. It is still one of the most widely-used AR toolkits out there, however, due to its open-source nature, documentation of its libraries is comparatively weak.

Vuforia, which is supported on Android, iOS, UWP and Unity Editor, positions itself as 'Augmented Reality for Industrial Enterprise', which has been utilised by everyone from BAE Systems to Fujitsu.

The toolkit is part of a wider product offering by PTC and boasts the following features:

On the downside, Vuforia’s framework is incomplete, making it harder for developers working with it for the first time to get to grips with it. Free versions of the software, meanwhile, are not particularly flexible to work with with limitations on the number of object recognitions per month and watermarks. 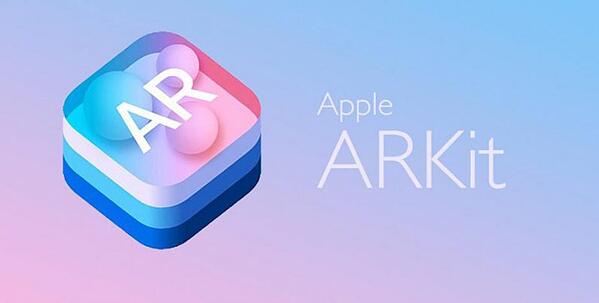 Apple’s ARToolKit, known as the ARKit, has been doing the rounds for quite some time, and was officially acknowledged at the WWDC 2017. ARKit uses Visual Inertial Odometry (VIO) to track the space around Apple’s devices, including iPads or iPhones. This allows the devices to sense empty spaces while in motion.

The kit is also capable of analysing room layouts and detecting horizontal planes like tables and floors facilitating more accurate placement of virtual objects on surfaces. One of the most high-profile apps to be developed using ARKit is IKEA’s Place app which enables customers to visualise the placement and positioning of furniture on planes and empty spaces before making purchases.

Featuring one of the most fully-featured AR frameworks around, the toolkit is ideal for those inexperienced with AR development to get immersive applications up and running relatively quickly.

ARCore, Google’s toolkit, is compatible with just under 40 mid-range and high-end smartphones running Android 7.0 Nougat or above.

Developers can use it for building apps for everything from the original Pixel and Galaxy S8 right up to high-end devices including the Samsung Galaxy S9 and the Pixel 3.

ARCore supports other 3D tools from Google like Blocks and Tilt Brush, as well as gaming projects from the likes of Epic Games, Niantic (the builders of Pokemon Go) and Wayfair. Given Android’s huge market base, which currently sits at around 77% of the total global smartphone market, ARCore has the potential to become the most widely-used in the world.

Wikitude, another powerful library, allows developers to create AR apps with next level functions. These include the ability to reconstruct real-world landmarks on virtual maps, the facilitation of AR gaming, and real time searching of events, articles and social media posts.

The kit can be used in both Android and iOS, and supports Unity. Moreover, the documentation of the library is well-structured and elaborate while developers can access free versions initially before upgrading to premium versions, which are chargeable on a regular basis.

So there’s a list of the biggest AR toolkits that you need to know about in 2019. Want more insight? Then you could do worse than check out our white paper on AR SDKs which discusses a variety of options for developers.

It also highlights the considerations involved in building with AR toolkits and SDKs, the different techniques for selecting them, the challenges with AR development and the future ahead. Hit the link below to get your hands on it.