Whenever Apple is in town, there is generally a ton of media attention and focus on exactly what is going to be announced. However, it’s recent “field trip” education event in Chicago, Illinois seems to have passed without much hype or focus. This particular event didn’t come with the usual circus or pre-event conjecture and speculation, but it did result in some very notable introductions and announcements. Let’s see exactly what Apple announced. 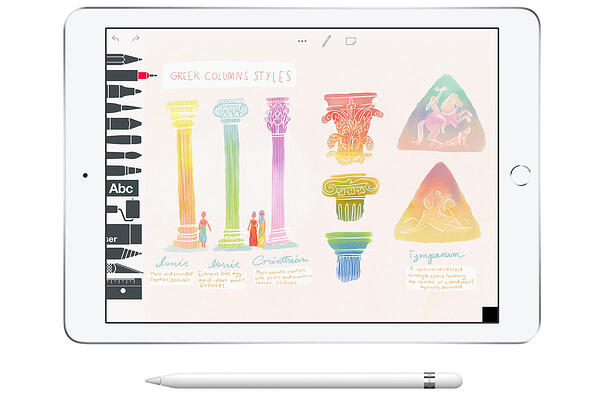 As expected, Apple appended its existing iPad range with a brand new piece of hardware. This new hardware doesn’t come with any “Pro” naming convention assigned against it, but does offer Apple Pencil support and will come with a monetary discount for educational establishments wanting to introduce the hardware into their facility. Interestingly, this is the first “non-Pro” iPad to offer Apple Pencil support so it’s likely to appeal to consumers outside of education given its £319 price-tag.

From a specification perspective, the 2018 9.7-inch iPad doesn’t really pack any huge surprises into its slimline casing. The new tablet will ship with an A10 Fusion Chip with embedded M10 coprocessor, which is an improvement on the A8 offered in iPad mini 4, but not quite as performany as the A10X Fusion which powers the entry-level 10.5-inch iPad Pro model. The 9.7-inch Retina display offers a 2048-by-1536 pixel resolution and comes with the expected 264 ppi and oleophobic coating.

If you happen to be one of those individuals who happily pulls out an iPad to capture photographs then you may first of all want to rethink that strategy. However, if that’s your capture device of choice, then you’re going to have Live Photos, autofocus, tap to focus, and exposure control functionality. The 8-megapixel sensor will also include the standard body and face detection as well as offering various modes such as Burst and Timer. Nothing earth-shattering here. Where video is concerned, the 2018 iPad offers 1080p HD video recording, Slo-mo video support for 720p at 120 frames-per-second, and stabilization for those beautifully smooth videos of your cat.

Disappointingly, but perhaps expected given the fact that this is an affordable tablet aimed at education, there is no Face ID support, which means no True Depth camera system. Instead, purchases, authentication, and Apple Pay are all accessed via Touch ID embedded in the physical Home button on the hardware. 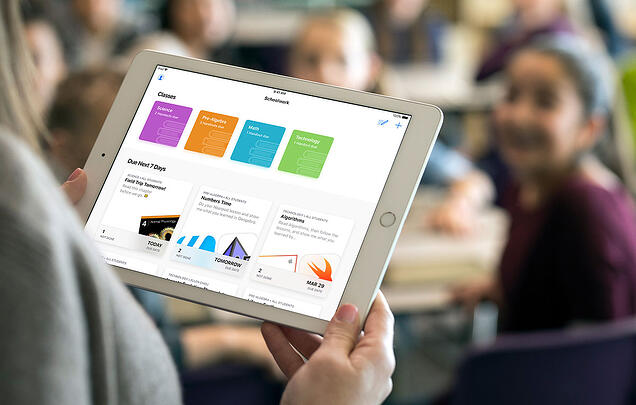 Schoolwork: This event was all about education, and software featured heavily. The main star of the software show was undeniably the new Schoolwork application, which is aimed at teachers and designed to offer a one-stop solution allow educators to hand out assignments and work and monitor progress of those students all while keeping the data private and secure. Nothing shared to Facebook here, folks.

ClassKit: Those who keep an eye on the industry will have already been aware of the existence of Apple’s new ClassKit framework after it was discovered in an early iOS 11.3 pre-release seed. But, it’s now official and will be integrated with the new Schoolwork application as well as a slew of other Apple apps, including Garageband and the company’s iWork suite of apps. ClassKit looks as though it will be exposed to developers as part of the iOS 11.4 SDK, but just how it will be used and whether or not any third-party developer can access its power remains unknown.

iWork: Apple’s iWork suite of apps - Pages, Numbers, and Keynote - aren’t exactly new to iOS or macOS users, but the announced updates are definitely a treat. All three of those applications will now support rich Apple Pencil integration that will allow users to easily draw, annotate, and scribble on documents using Apple’s premium stylus. Additionally, the Pages app has also had a little additional love paid to it by Apple. In the latest update Apple has essentially integrated the iBooks Author app experience, previously offered for macOS, into Pages. This functionality will once again include access to Apple Pencil and allow teachers and students to create interactive books using Pages, either as part of a solo project or working together collaboratively. 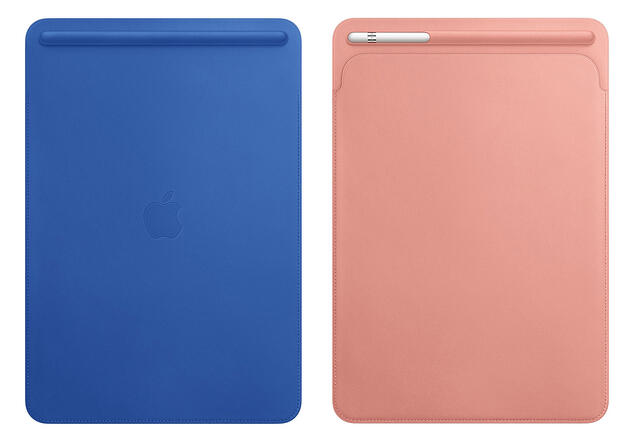 Part of the excitement of new hardware is not just being able to get your hands on it but also checking out any new accessories which are offered, both by Apple and third-parties. Where the new iPad is concerned, Logitech has already introduced a brand new Crayon stylus which will be sold as a rival to Apple Pencil, albeit a much cheaper one at $49. The same company also introduced a $99 keyboard case for the new iPad.

Apple didn’t specifically bring any new accessories targeted at the new iPad to the party but did release new colors of the Smart Cover and Leather Sleeve for its 10.5-inch iPad Pro. The Cupertino-based fruit company also released Apple Pencil Case in new colours as well as a slew of new spring Apple Watch band colours. Oh, and if you loved what was offered with iMac Pro, but couldn’t justify spending over £4,000 to get access to the stunning accessories, then you’re in for a treat. The stunning Space Gray iMac Pro accessories are now available to purchase as standalone items.