Transport as we know it is changing and our cities are going to have to adapt to survive. But what impact are all these exciting technological innovations going to have on the humble daily commute? Our US Managing Director, Patrick Richardson, takes a look.

Think your daily commute is bad? Spare a thought for workers in Rio de Janeiro who spend, on average, an hour and a half getting to and from work every single day—one of the longest anywhere in the world. That’s 30 wasted hours per month that could’ve been spent lounging on Ipanema beach.

To make matters worse, Cariocas have to swallow some of the highest transportation costs relative to their income compared to denizens of other world cities, according to a study by Expert Market.

Unsurprisingly, London hardly fared better with Londoners facing an average of 84 minutes of commuting dead time per day, long enough for two chunky podcast episodes per day or around 45 pages of your average novel. 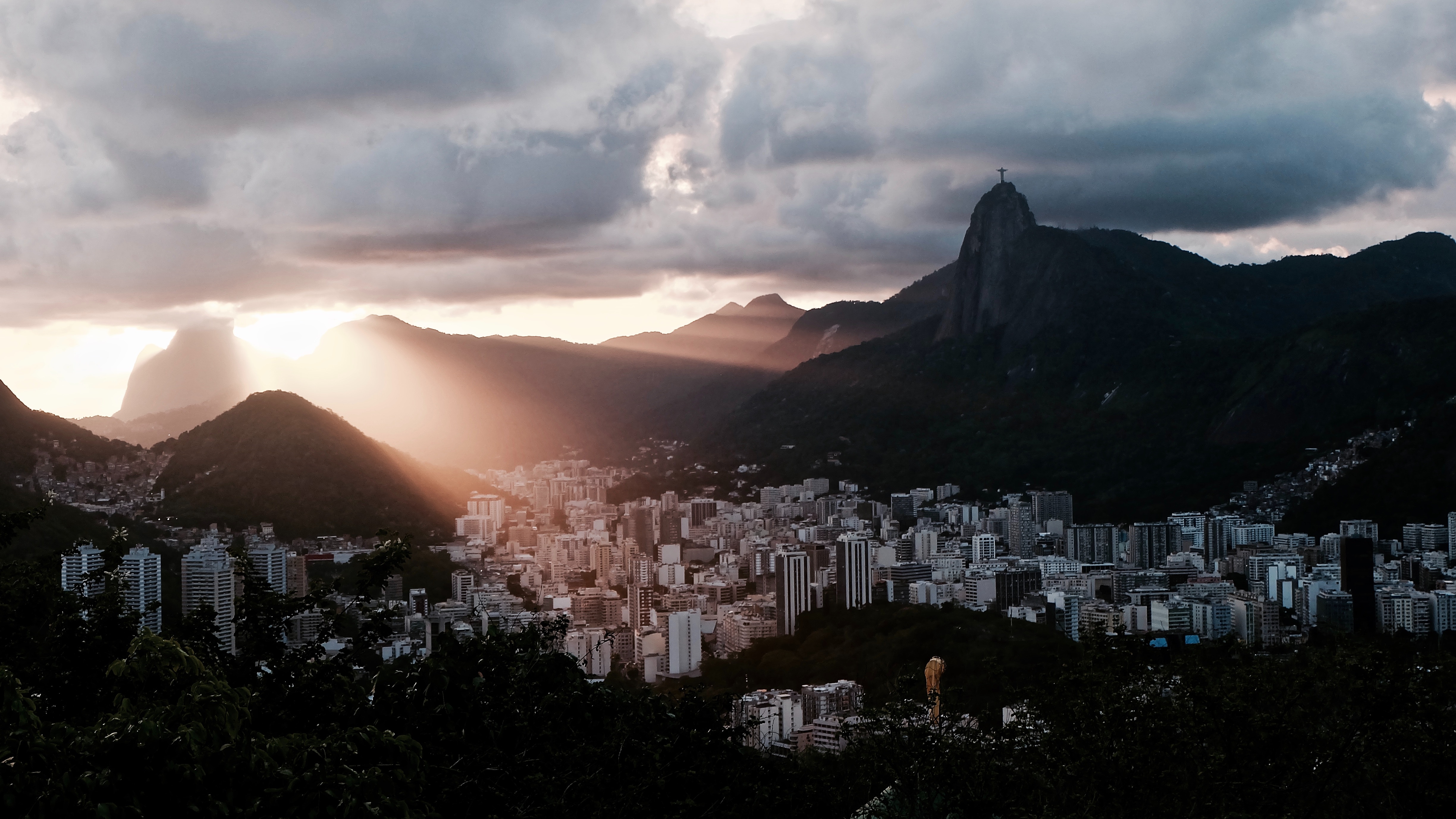 Swelling commuting times are a blight on modern lives as more and more people continue to settle and work in cities. More people means more cars, buses, and taxis on the road, while spiraling city center property prices force workers to live further and further from their workplaces. Add into the mix creaking legacy infrastructure and it’s clear to see why the stress of lengthy commuting times can actually shorten your life.

Improving commutes and shortening commute times isn’t just an infrastructure issue then, but a public health issue and the millions of idling cars pumping noxious gases into the atmosphere make global commuting an important environmental issue too. Where there’s a problem there’ll always be someone beavering away on a technological innovation that attempts to remedy it. Technology has already fundamentally changed how we travel in the last decade—smart travel cards, apps, Uber, smartphone GPS mapping and more have all come to the fore and become central to how people move around. With autonomous vehicles, smart city technology and other futuristic transport options on the horizon, travel and transport look set to morph beyond all recognition in the next couple of decades. But will we be waving goodbye to our soul-destroying, interminable daily commutes?

Modern cities are complicated, knotty things that become extremely difficult to manage as more people flood in. Baffling one-way systems, dead-ends, and dreaded bus lanes are city planners’ inelegant solutions to mangled city center transport routes that are wheezing under the pressure of over-saturation. How do you solve this intractable dilemma where an ever-increasing amount of people are clamoring to get into a finite space that isn’t getting any bigger? Previously, councils and planners had placed their faith in monstrous highways that cut through the center of big cities, such as the 26-lane Katy Freeway in Texas, or ring roads which allow drivers to take a circumferential route around an urban centre.

In many cases, these infrastructure projects have caused more problems than they’ve solved. Katy Freeway actually saw afternoon commute times increase by 55 percent within three years of the expanded freeway opening, certainly not the best way to blow $2.8bn.

The unavoidable problem with these projects is that the more road you lay the more vehicles you attract, in turn creating new traffic problems. 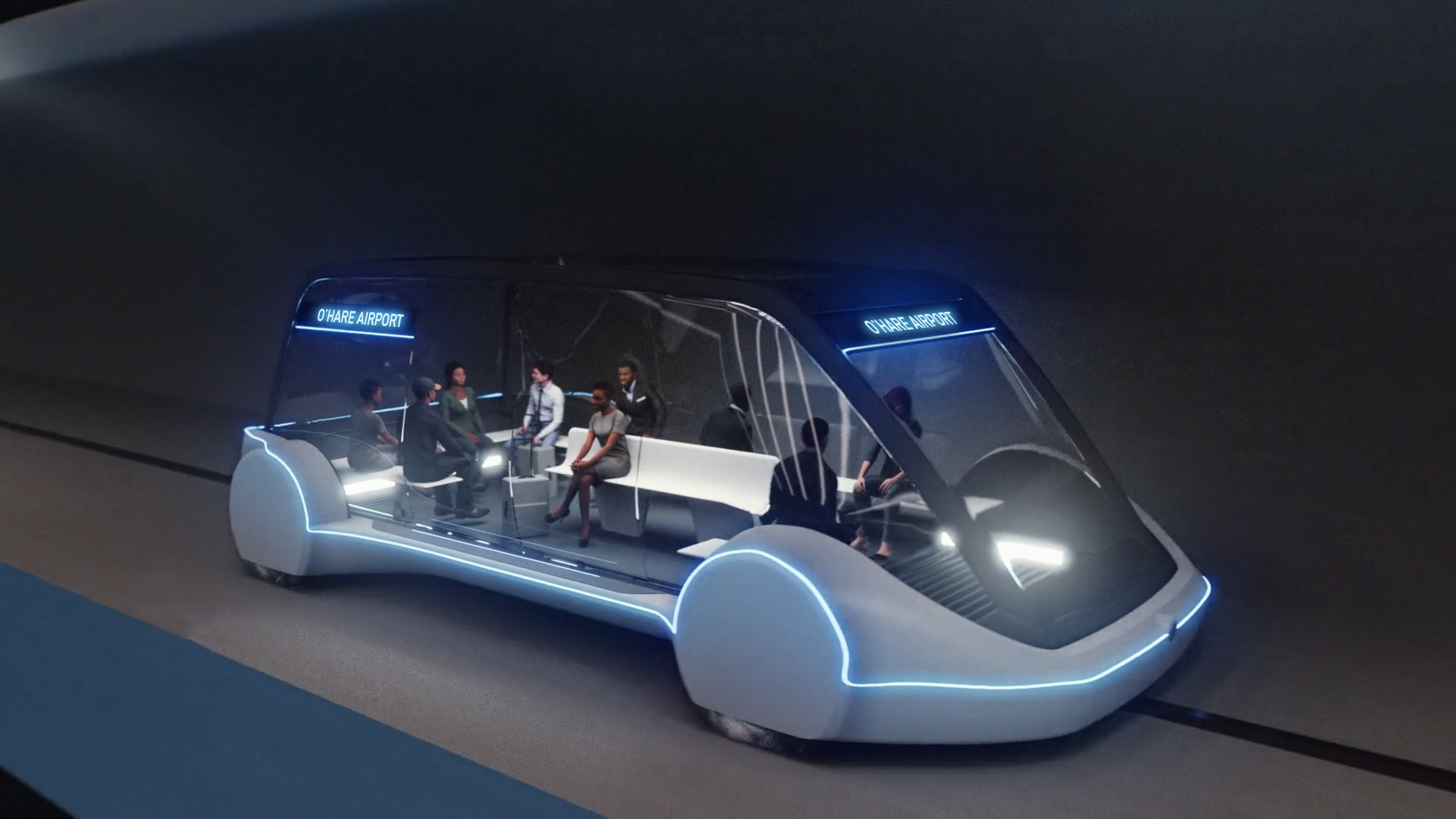 Elon Musk’s typically bombastic solution to this dilemma was to found a tunnel boring company and trial tunnels beneath Los Angeles. The company has already won its first contract in Chicago.

While tunneling under cities and packing the routes with motor vehicles will likely cause the same congestion problems suffered on Katy Freeway, equipping routes with alternative transportation options could be the way forward. As part of The Boring Company’s agreement in Chicago, the firm is designing and developing a high-speed, zero-emissions transportation system which includes technology found in its Model X electric cars. Passengers will be propelled at up to 150 miles per hour on so-called electric skates through specially constructed tunnels, with each vehicle holding between 8 and 12 passengers. The Loop network, once completed, will shuttle passengers from downtown Chicago to O’Hare Airport three or four times faster than existing transport links.

Elsewhere, the company is also working on a Loop network in LA using the same technology that it expects to be in service by 2020. Fast, clean, affordable travel is the promise, ensuring it remains convenient and accessible will be the challenge.

If there’s one technology that has the potential to wipe out the stress of our daily commutes entirely, then it’s autonomous vehicles.

There’s a reason why Google, Uber, Apple and Tesla have been plunging hundreds of millions of dollars into driverless car projects in various guises. The first company to crack the code and create a virtually fail-safe, infallible autonomous vehicle will usher in a new age of consumer transport and make a boat-load of cash in the process. It has its critics of course, but driverless vehicle technology looks like one of the surest bets around over the next decade, although, with so many software kinks and safety quirks to work around, it’ll be a while yet before the first consumer-grade autonomous car rolls off the forecourt. Shifting from a world of discrete vehicles all commandeered by fallible individuals with their own agency to a network of autonomous transportation ruled by algorithms and working in tandem has the potential to strip away all the stress we associate with our daily commute. Traffic jams will be replaced by dynamic route planning that funnels vehicles down different routes automatically depending on traffic conditions, on-site parking will be a thing of the past as our vehicles automatically return home where they will wait until they are summoned at the end of the day. 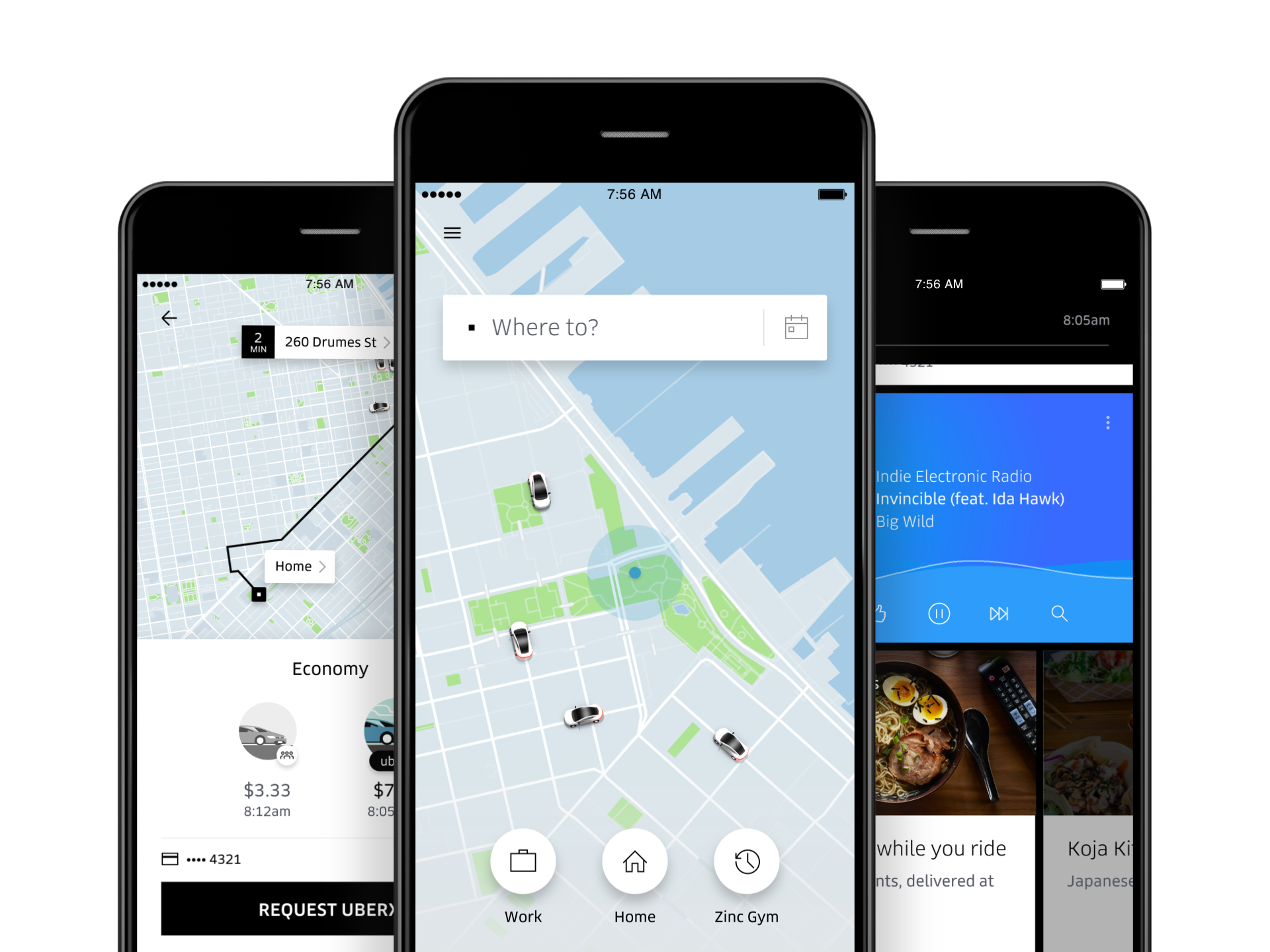 The little time we do spend traveling to and from work will mercifully be freed up for other pursuits, as our attention is emancipated from the rigors of corralling a one-ton vehicle through unpredictable environments—invariably while sleep deprived. Such a world is, of course, at least two or three decades away yet, but driverless vehicles are still going to be creeping to market in the next few years with partially autonomous vehicles driving initial uptake.

A recent study by McKinsey predicted that, once regulatory hurdles had been overcome, autonomous vehicles could account for up to 15 percent of all new car sales by 2030, with a couple of decades of mixed autonomous and non-autonomous vehicles on the road before full adoption. Naturally, early adopters are likely to primarily consist of premium consumers and wealthy individuals. It’s with ride sharing and mobility services that most people will have their first interactions with the technology. Uber is an obvious one, but a far more exciting and futuristic proposition is currently under development at Bristol-based Vertical Aerospace. The company has already successfully built and tested a carbon-free, autonomous flying taxi which could theoretically travel up to 200 miles an hour. Sporting four propellers, the craft is capable of a vertical takeoff and landing, negating the need for diversions to airports and making point-to-point transport a possibility. The company’s vision is for a fleet of autonomous flying taxis which can be summoned on-demand much like an Uber. Forget miles of traffic jams, if Vertical Aerospace has their way you could soon be soaring above the heads of your less fortunate co-workers, landing at your office in record quick time. As well as slashing commute times, the technology also has the potential to increase worker mobility by opening up jobs and positions within the extended range of the flying taxi service’s network.

The roads that consumer technology will take over the next decade or so can be fiendishly tricky to predict, particularly when it comes to smartphones. Low-profile, mixed-reality (MR) headsets, wafer-thin bendable handsets and personal projected displays are just some of the routes the technology could take.

In each case, it’s likely that the humble app will still play a central role in our digital lives. And it will likely be a key facilitator in our urban future as well. Apps have already muscled their way into our everyday lives and become a fundamental factor in how we get around. There would be no Uber or Mobike or Citymapper without the smartphone and app, while Google Maps would be severely hobbled if it was only accessible on a desktop. 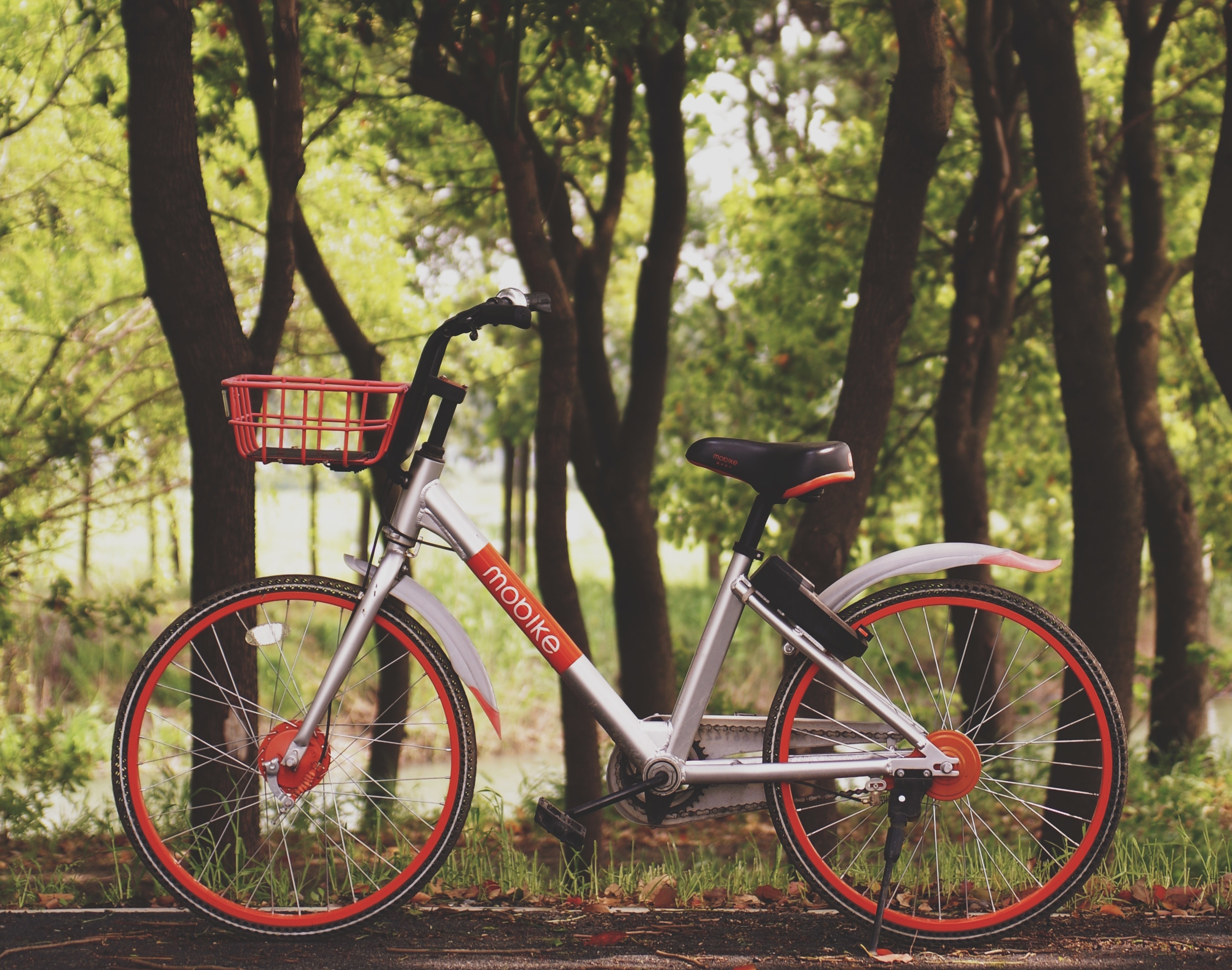 In the coming years, these services are going to become even more intertwined with apps providing interoperability between services as society moves further towards mixed mobility. In a mixed mobility future, people won’t rely on just one form of transport to get them to and from work. Instead, apps will dynamically suggest alternative forms of transport on the fly, dependent on current conditions. Congestion on the Piccadilly line? Your transport app will alert you to the time delay and suggest an alternative and more expedient means of getting to work. Hop on an e-scooter at Finsbury Park and you’ll get there 10 minutes quicker. Don’t fancy an e-scooter? There’s an autonomous Uber circling two minutes away that’ll get you there in 8 minutes if you’re in a hurry.

You can experience what this mixed mobility future might look like right now with Citymapper after the navigation app launched an integration with Mobike which gives users the option to include bike sharing in their routes. Meanwhile, popular navigation app Waze provides dynamic route updates and travel information that adapts depending on current conditions. It’s not all about the user-facing glitz either. Apps and the data they collect will also provide a valuable data source for transport companies and planners when it comes to planning transport networks, routes, and infrastructure. Working out the best way to utilize this treasure trove of data will be one of the biggest challenges facing urban planners over the next decade. Cities and communities that fail to do so will find themselves lagging behind their forward-thinking compatriots in other cities who will be able to provide more efficient and community-focused transport options.

The impact of urbanity.

When reading the runes about what commuting will look like in 2030, a key consideration is the fact that by then around 60 percent of the global population will be living in cities, up from 50 percent now. The figure is expected to hit 68% by 2050.

The continued flood of people looking to live, work and play in global cities shows no signs of abating, and is going to place added strain on already creaking infrastructure. Not least transport, where urbanites already toil through interminable tailbacks and cramped train carriages. New approaches to urban life, driven by technology, alongside carefully considered planning is the only thing that is going to prevent our cities from collapsing into disorder. 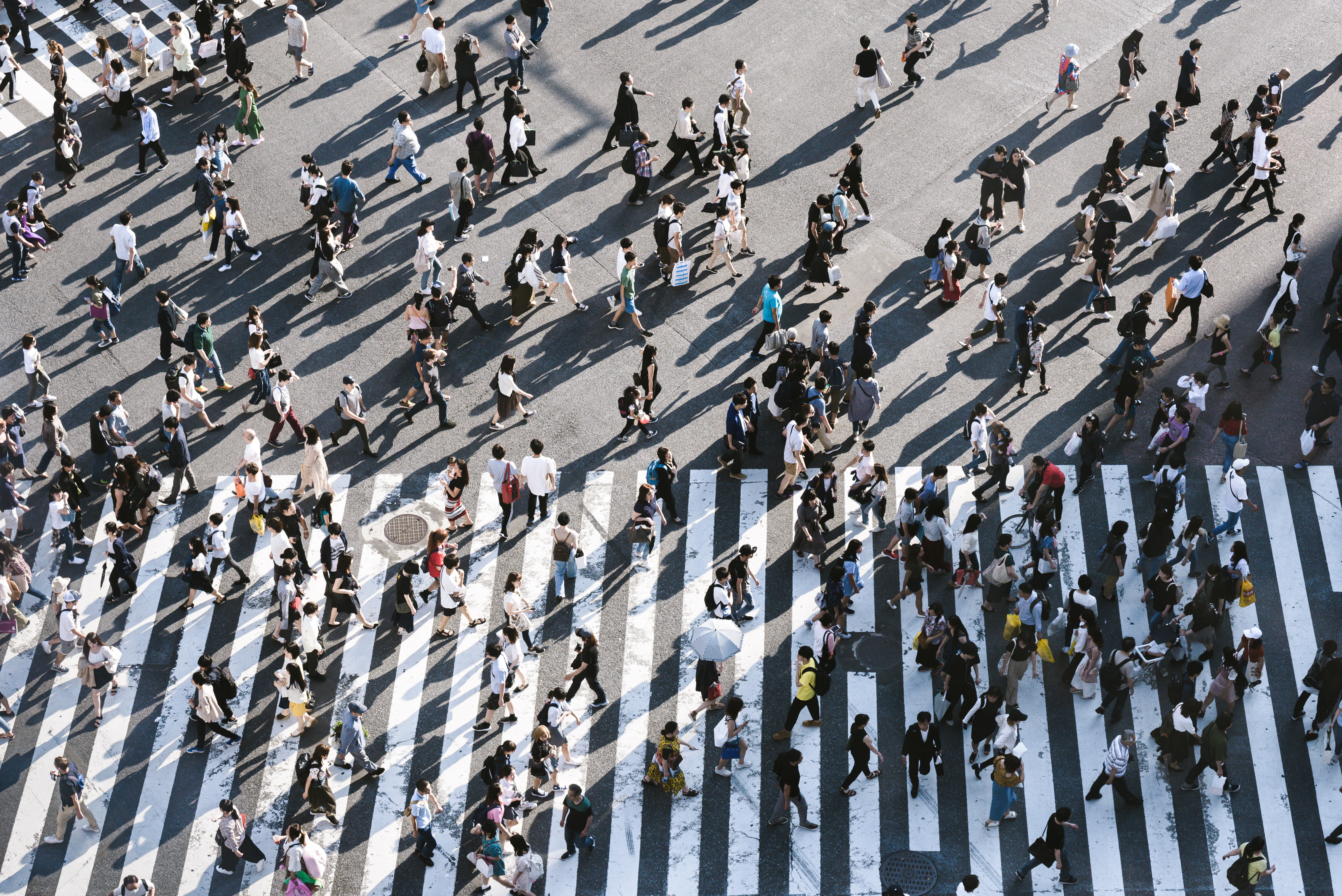 A scene at Shibuya Crossing Intersection in Tokyo. Photo by Ryoji Iwata on Unsplash

However, urban-scale technological innovation is often slow progress, especially for urban conurbations in the West which struggle with legacy infrastructure as the decisions of different eras rub up against the needs of the present. Grappling with these issues and finding ways to integrate these exciting new technologies into our cities will be one of the key challenges of the next few decades. Planners and councils who get a head start on planning these new mobility solutions into their cities will put themselves in a highly advantageous position, and unlock enormous benefits for their citizens. Cities that don’t will see themselves increasingly tied in knots and their commuters increasingly mutinous. What will commuting look like in 2030? Depending on where you live, either extremely efficient, convenient and emissions-free or more of the same.

What do you think? Let us know your thoughts on Twitter at @hedgehoglab or tweet Patrick at @swirlingmedia.